I think I need to make more update puns for these posts of mine but anyway this week I'll be showcasing Bunny's designs and also an animatic and storyboard that I've been working on. 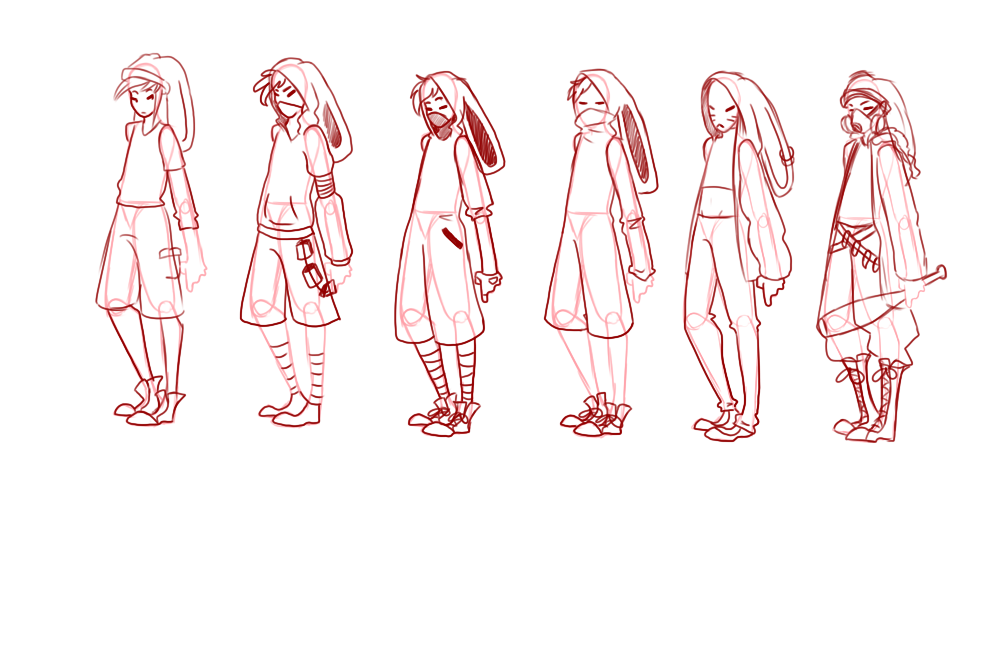 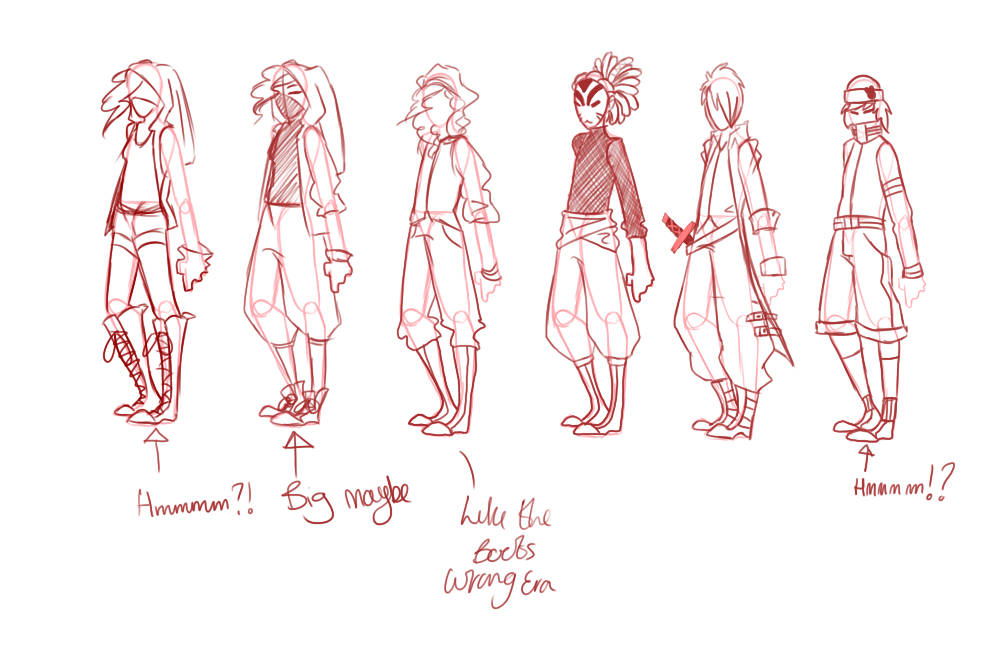 Like Cat I wanted bunny to be in boiler suit type uniform as it can double up as their work uniform and also their 'vigilante' outfit.
These where some initial designs for his outfit and I looked at what he would look like in these different outfits and in the end I went with the 3rd design on the first set of initial sketches as he looked similar to Cat but there are some subtle differences between the two characters. 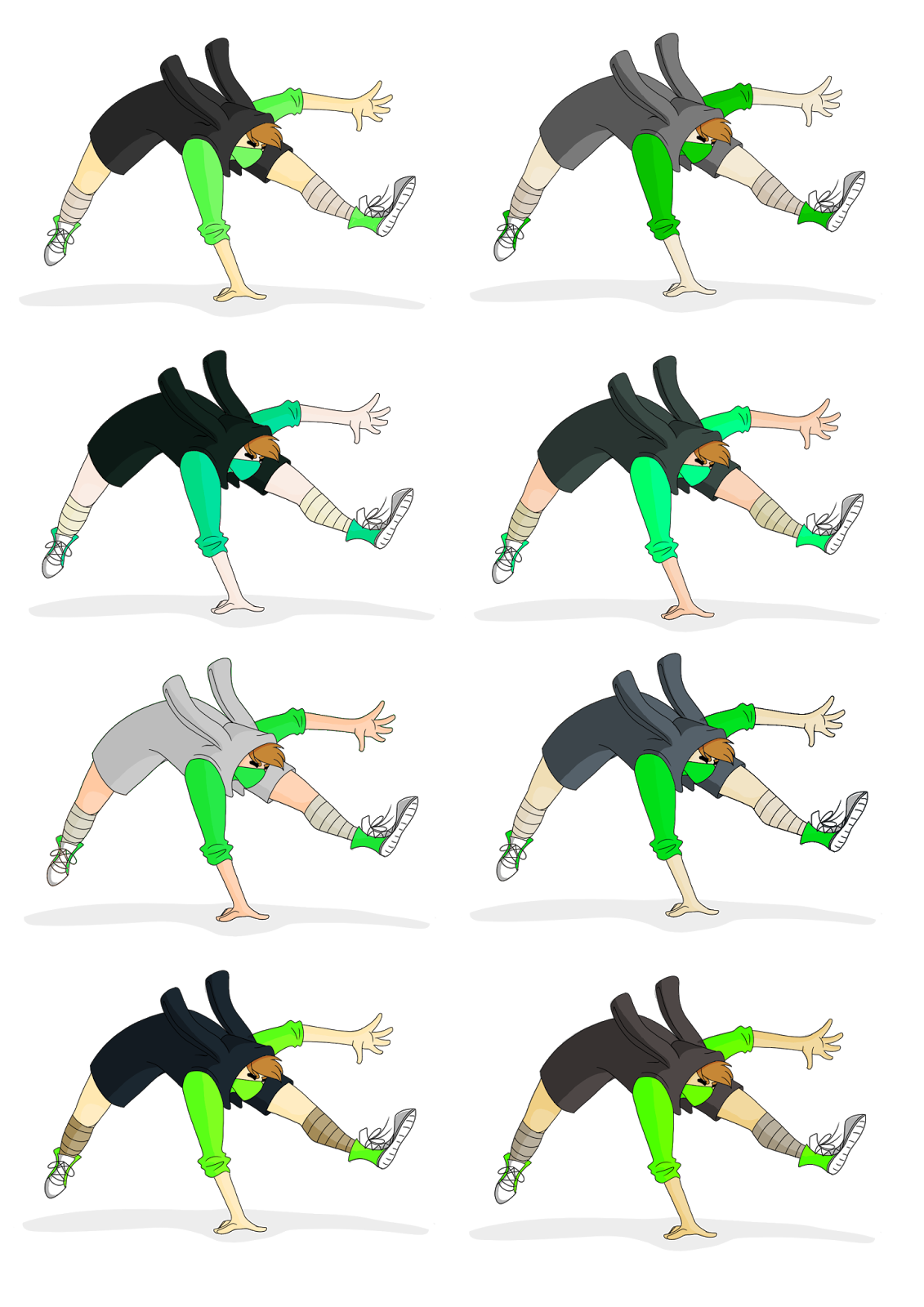 I wanted Bunny's colour scheme to reflect his personality so I went for a bright green for him because he is quite a young character but he's also quite loud so I thought that it would work quite well .... I went with the 6th colour scheme as I didn't want him to match Cat that much. I had to change the shade of green that was on the design as it was too much so i toned it down to a softer green (but still bright enough to reflect bunny's personality) 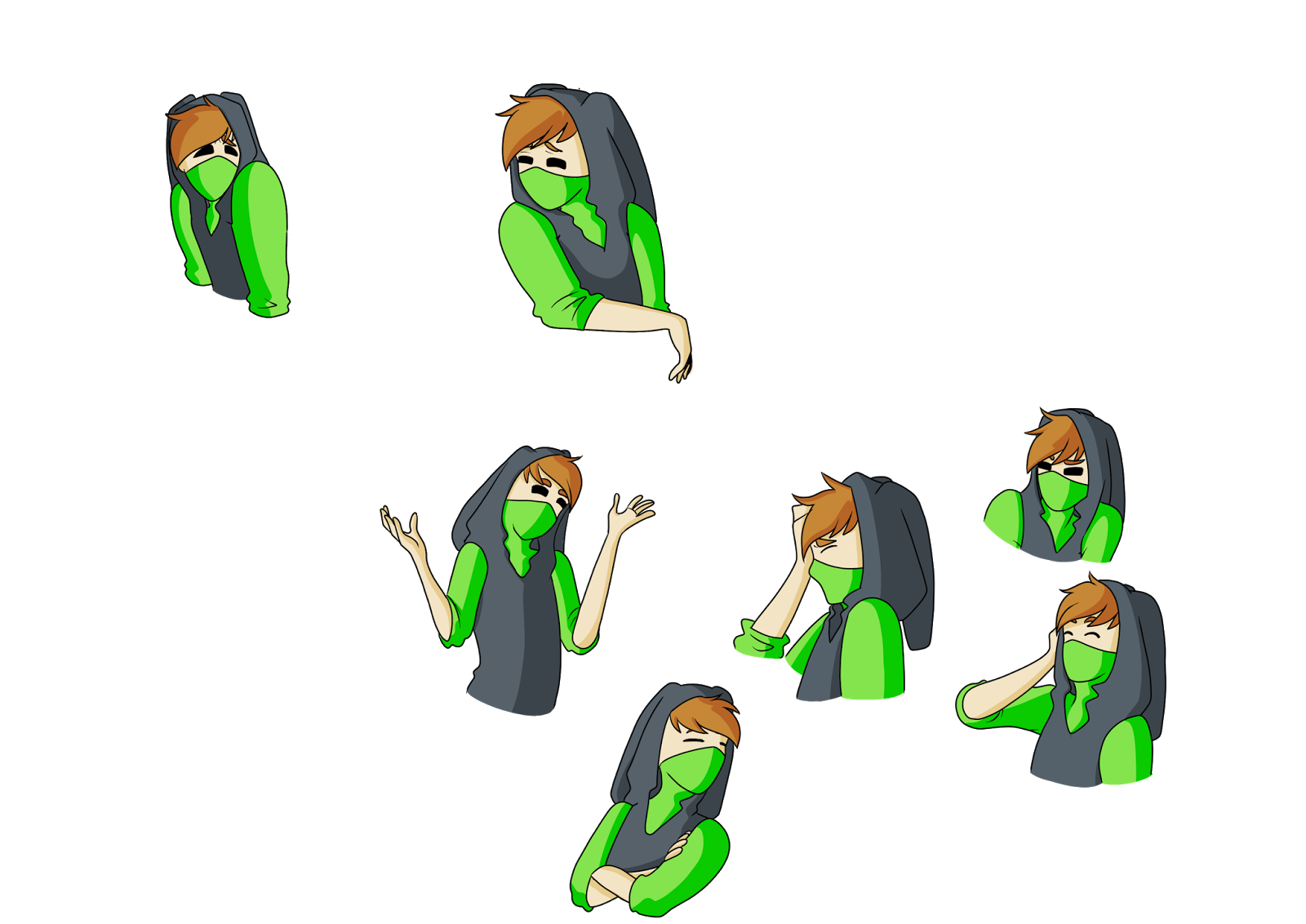 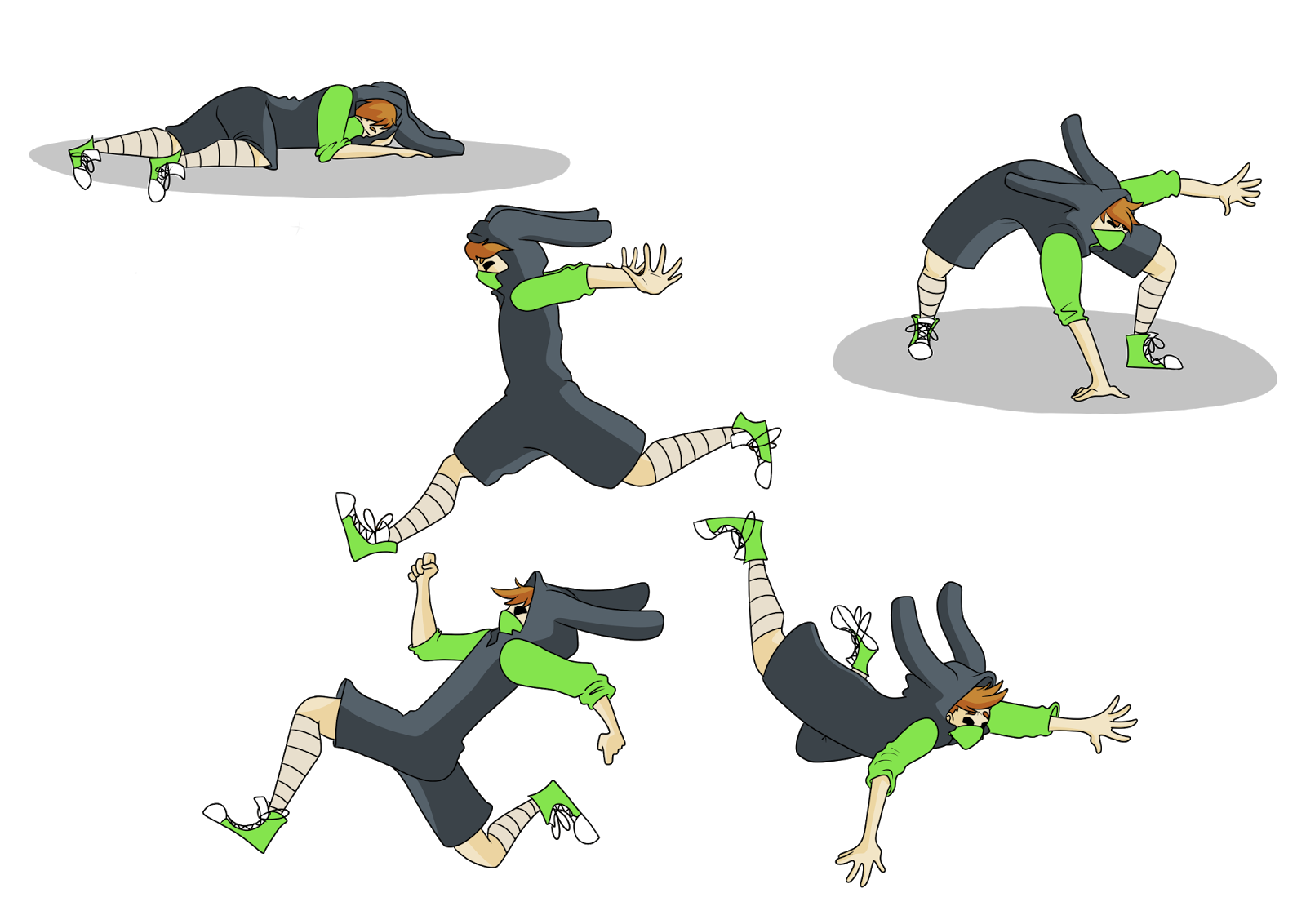 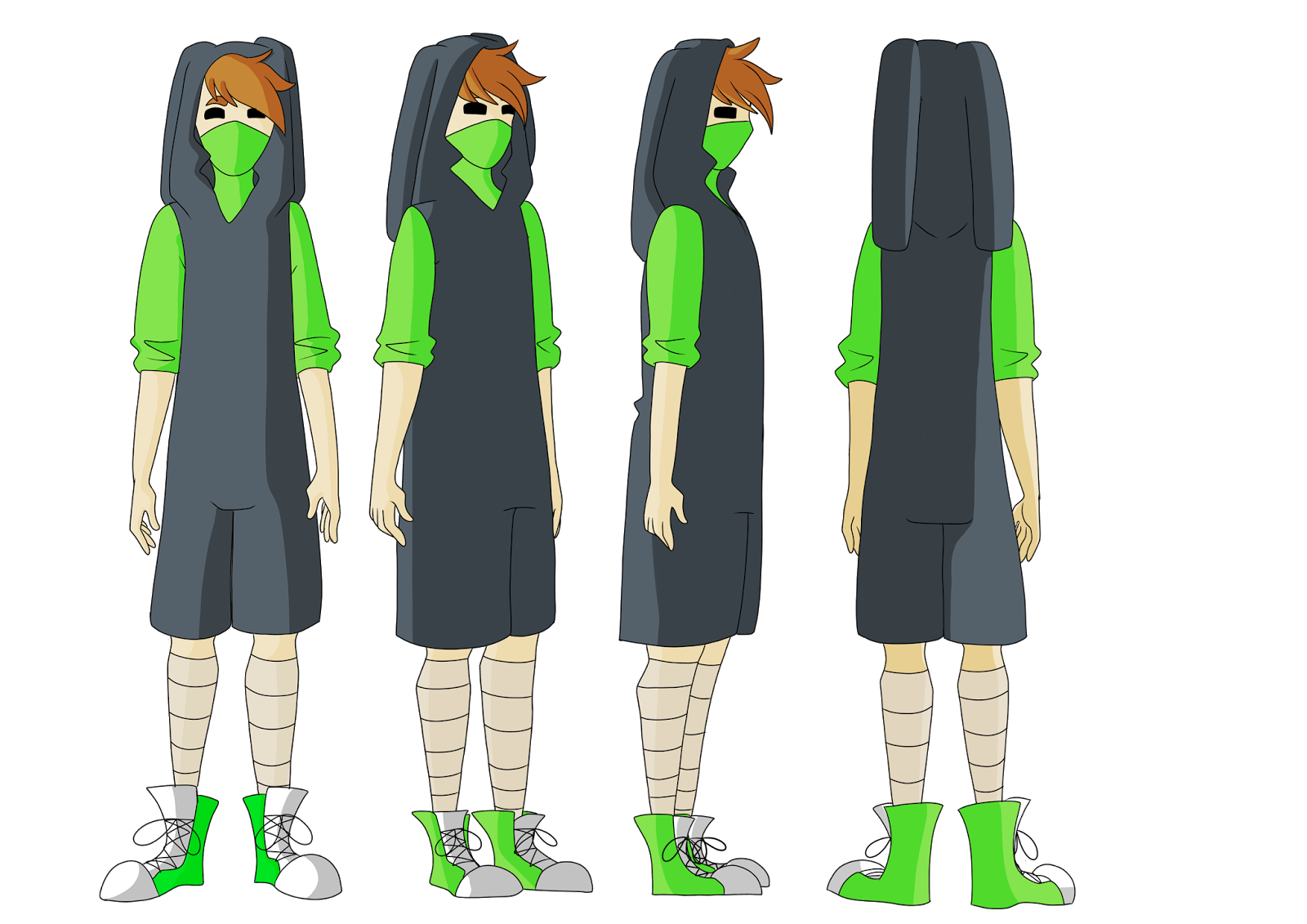 (Just a simple turnaround nothing to see here, move along)

This is the opening sequence for the my game and there are some scene's where you can't read the text but that's because I wanted to get it done, just incase I wanted a voice over for it,so near the end of this project it will be improved greatly.