This is part 2 of my Pre-Major project

For the project I thought of doing 2 characters. Gerty was the first to be designed and I thought that it would be good to have a male character.

I wanted to stick to the same engineer theme and so I stuck with that. 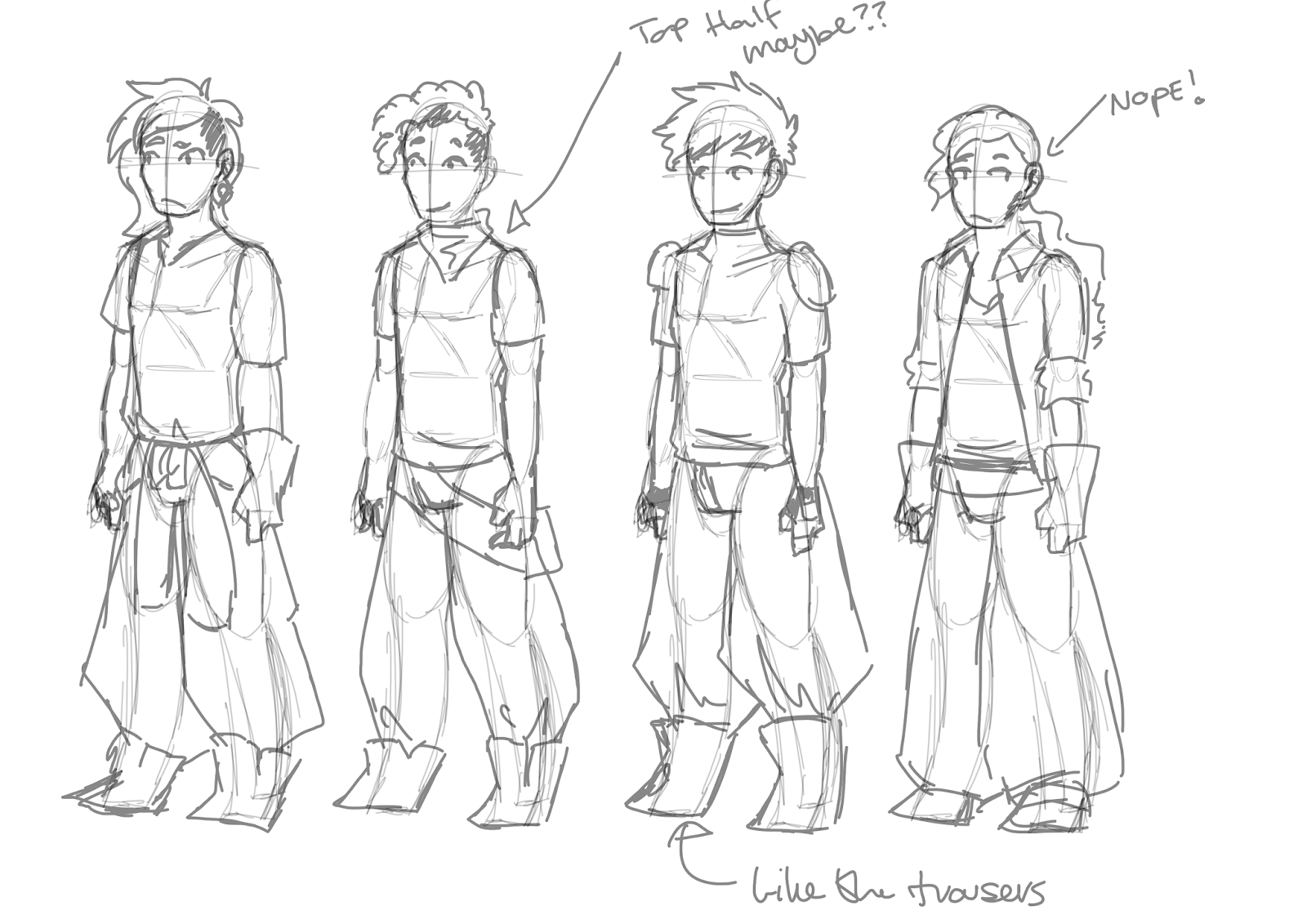 These were the initial designs for Kaiden and I just messed about with different types of outfits and hairstyles. I did look a lot at mass effect and also designs that have been uploaded on pinterest .

This is the design that I finally went with, I dropped the pendant as I kept on forgetting to draw it in. 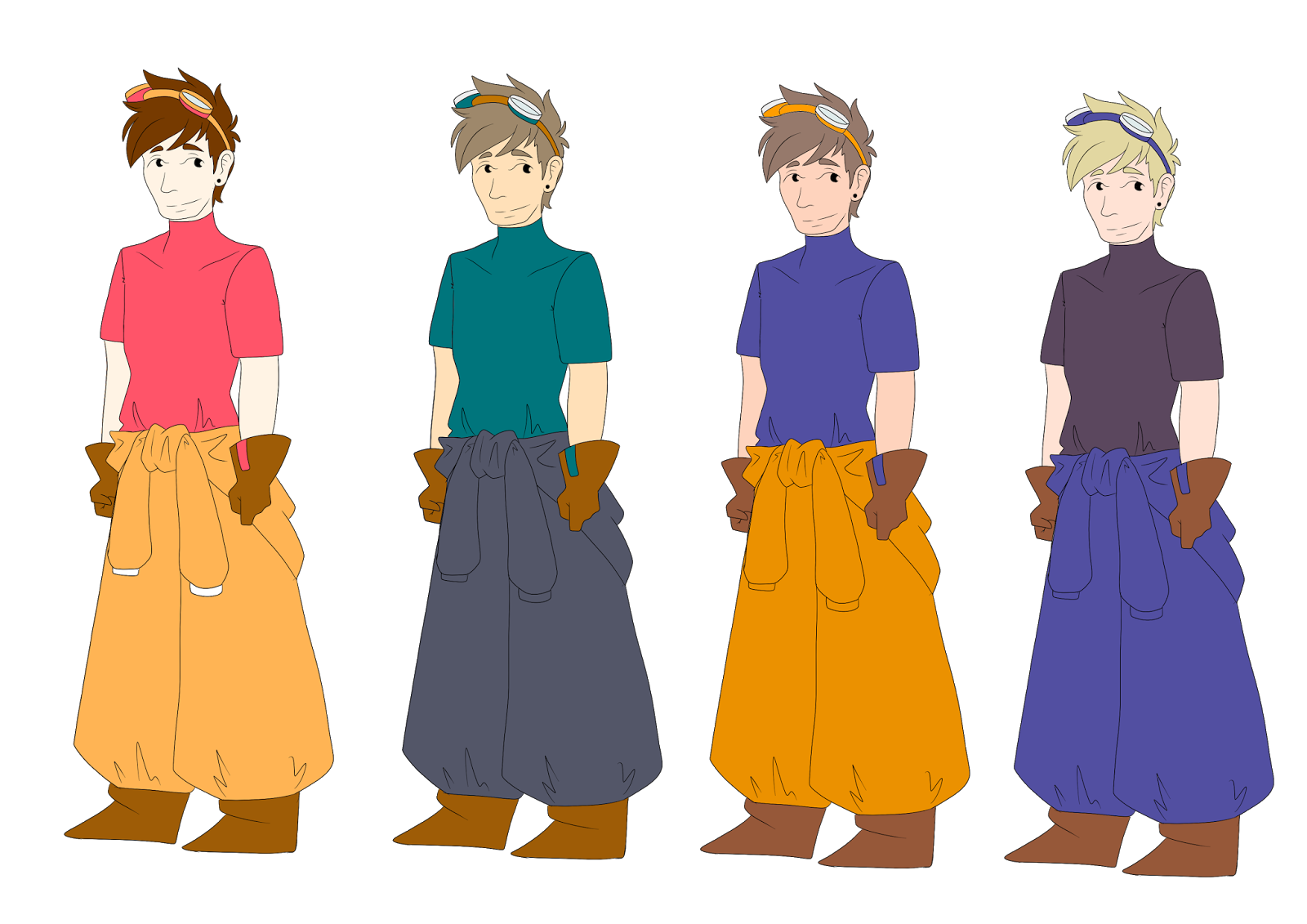 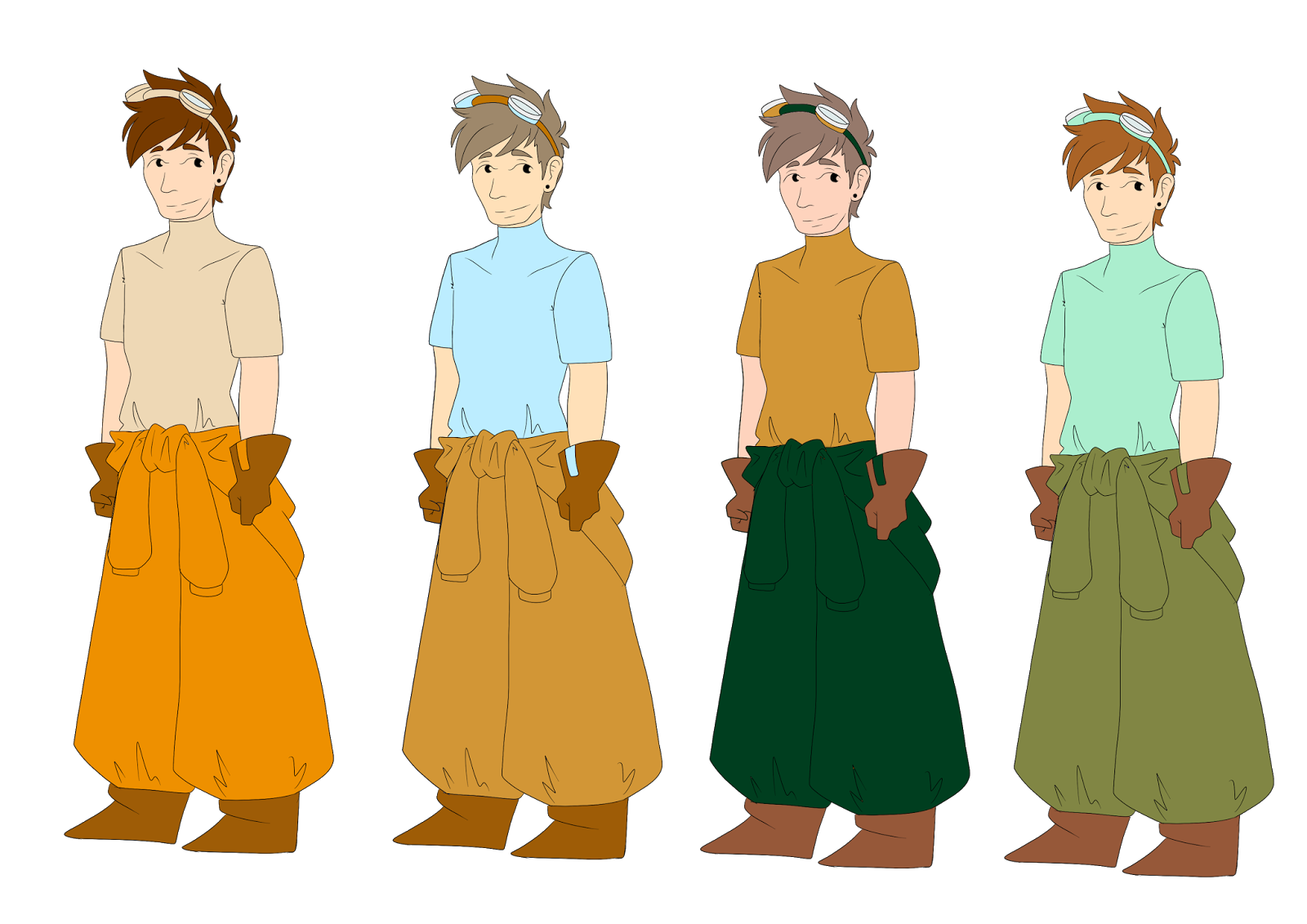 For the colour scheme I stuck with a mix of cool and warm colours. I wanted to stay close to Gerty's colour scheme and so I reversed her colours and went with the 3rd design where it has the cool blue for the shirt and the orange for the pants. 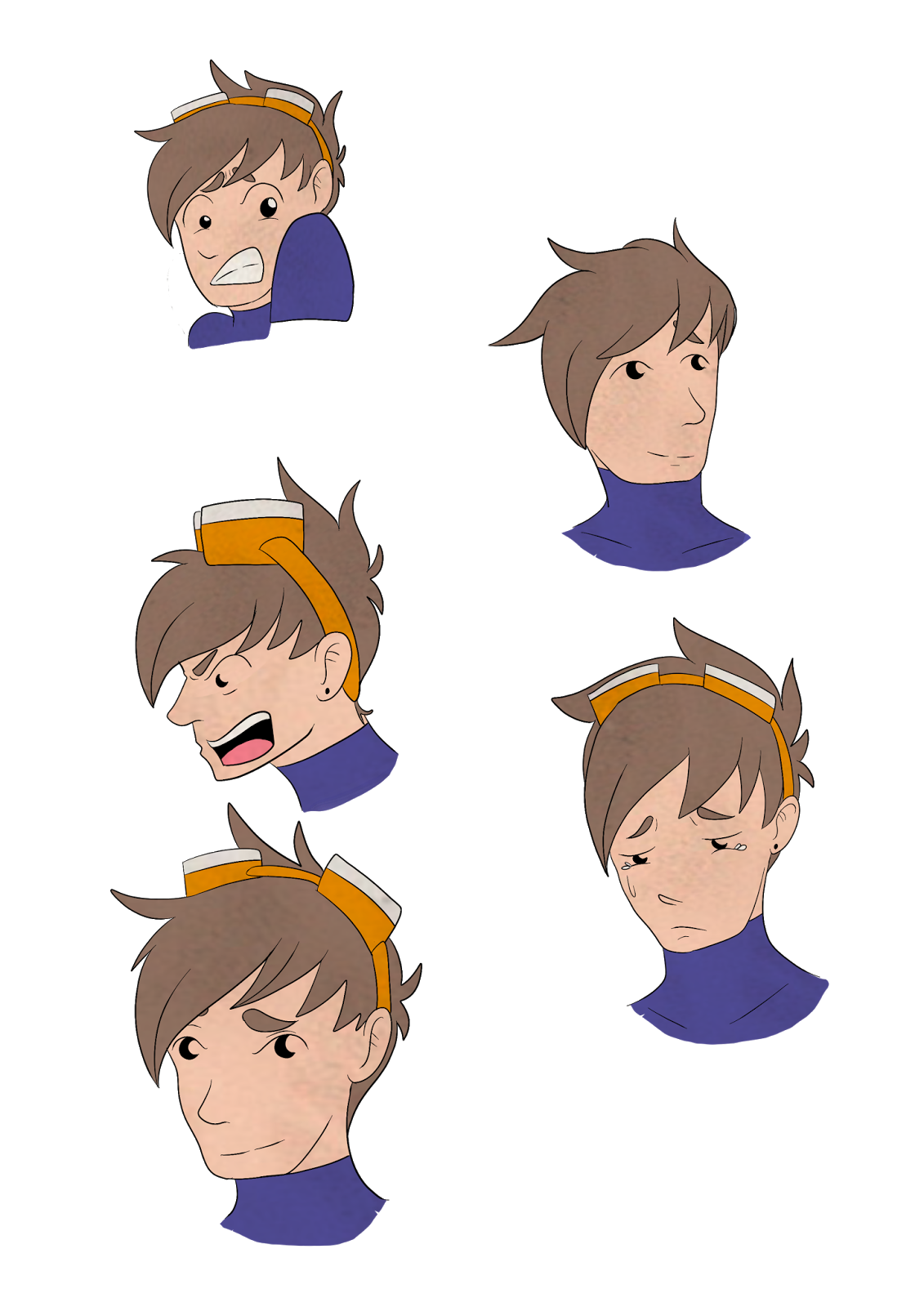 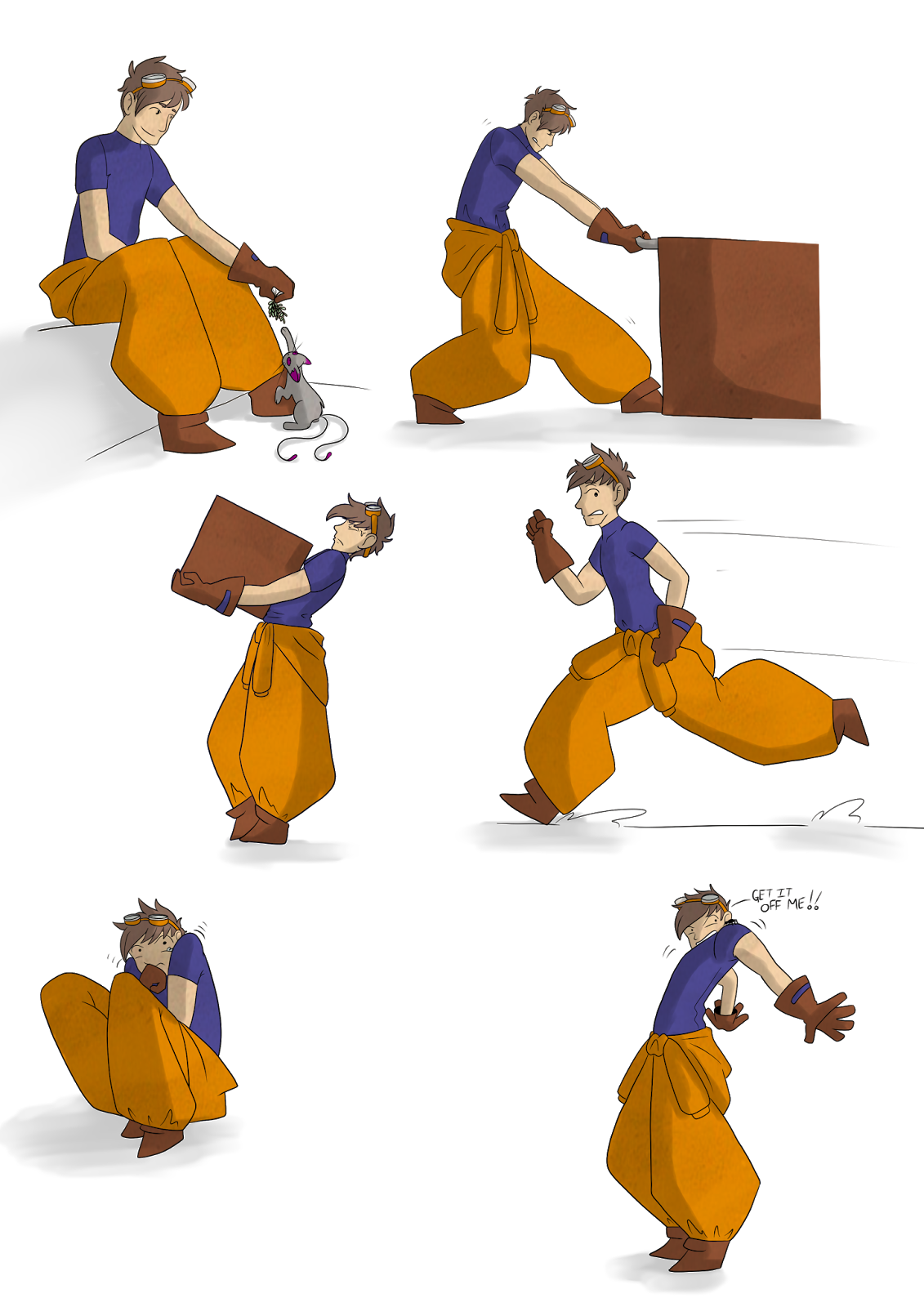 When I was doing Kaiden's action poses I found them a lot of fun to do but when it came to the expression sheets that's when I really let myself down as I struggled with these a lot. 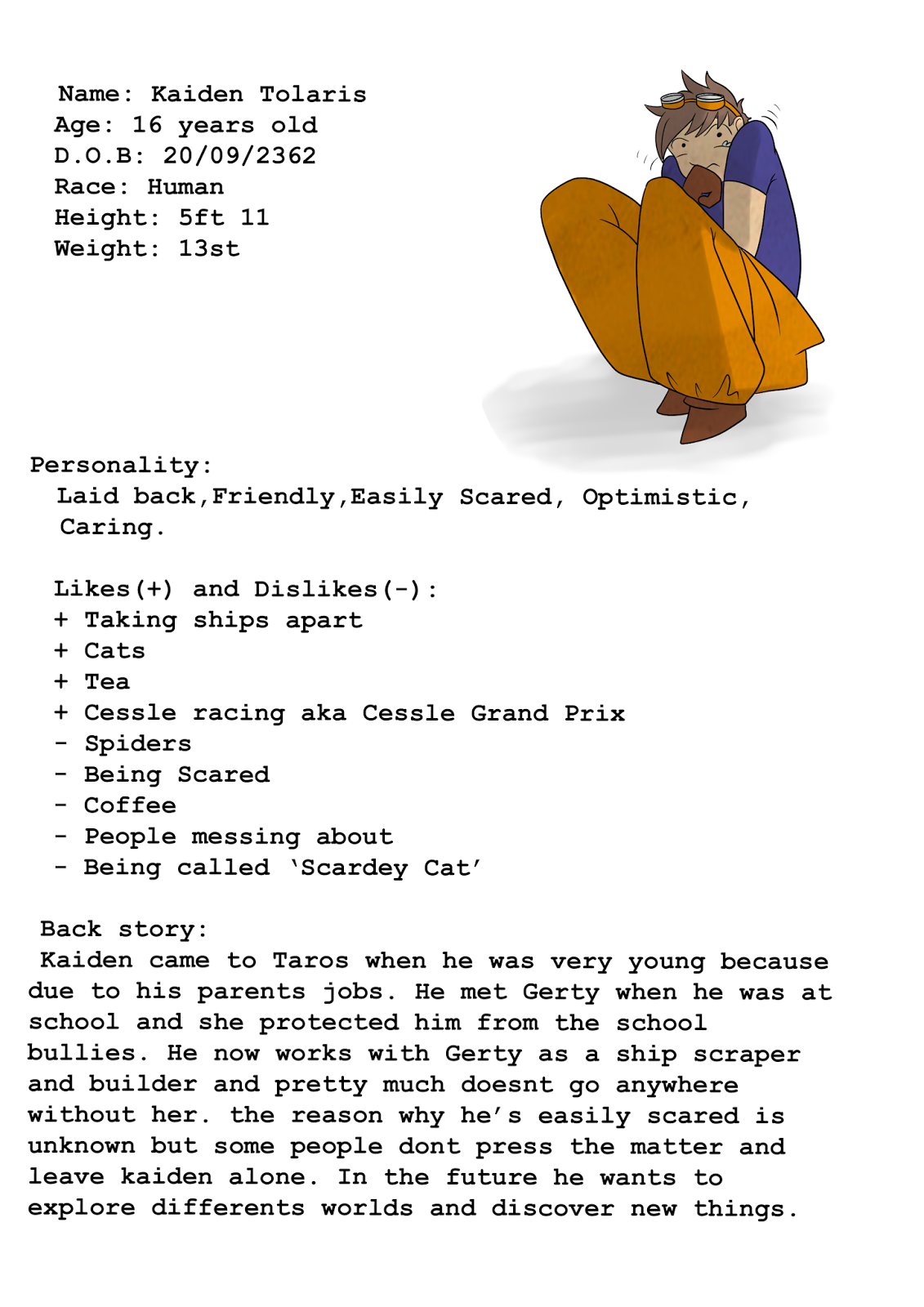 Also for the project I had to design a vehicle that my characters would use and as the world that they live in is in the future where there are space ships, I thought that I would design a hover space craft. 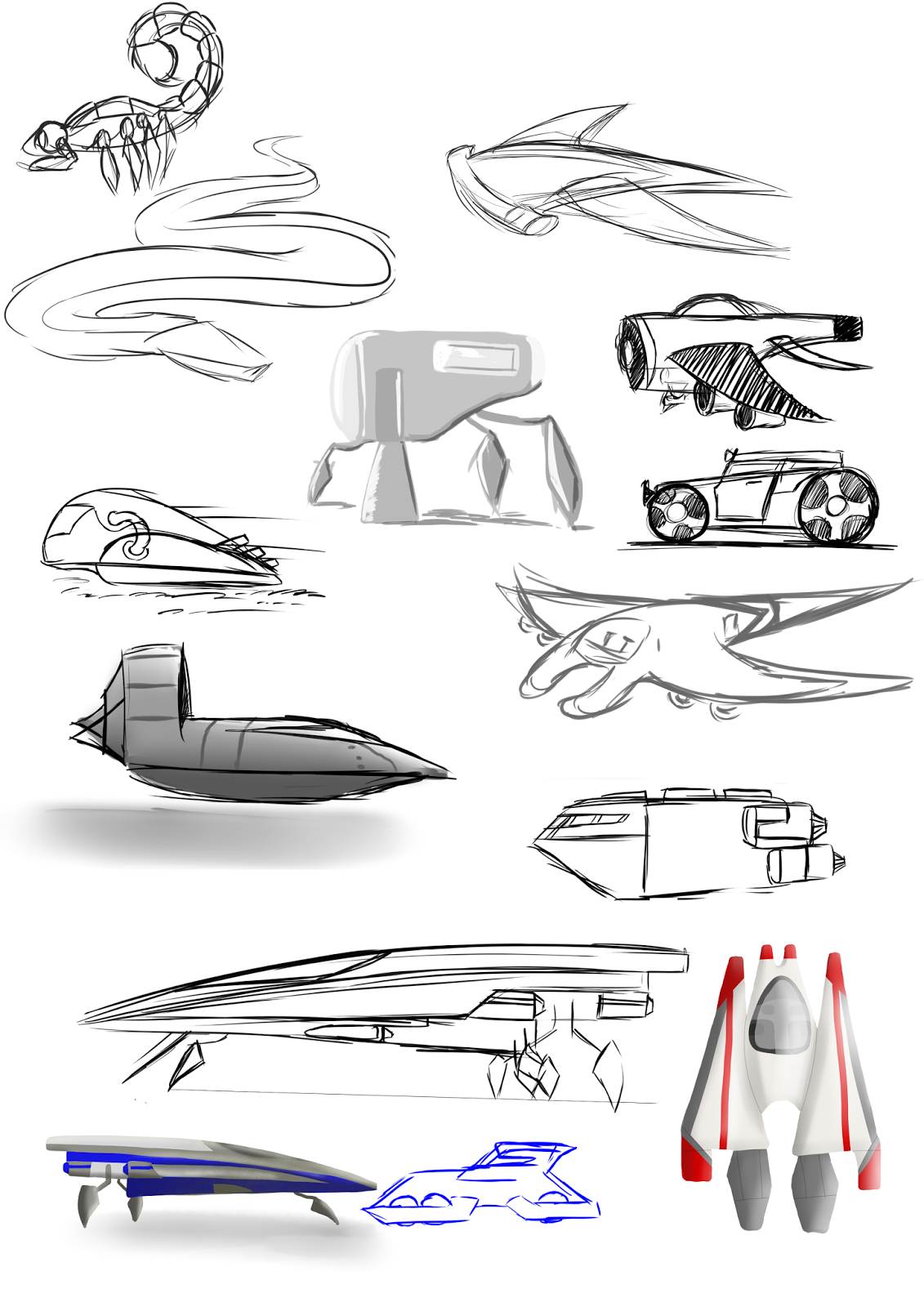 At first I didn't have a clue on what I wanted to I pretty much looked at everything I could find that would make a good ship for my characters to use. I looked at animals, ships from star wars (old republic), Mass effect and even concpet cars. In the end I went with a hover craft type design as my character built it out of old ship parts and isn't capable of interstellar travel yet (they haven't got the parts or the knowledge to do that just yet).

The turnaround for the ship was alright until I had to do the back.  Trying to work out what it would look like and where stuff would sit was a major head scratcher for me and took many attempts until I was happy with the final drawing. 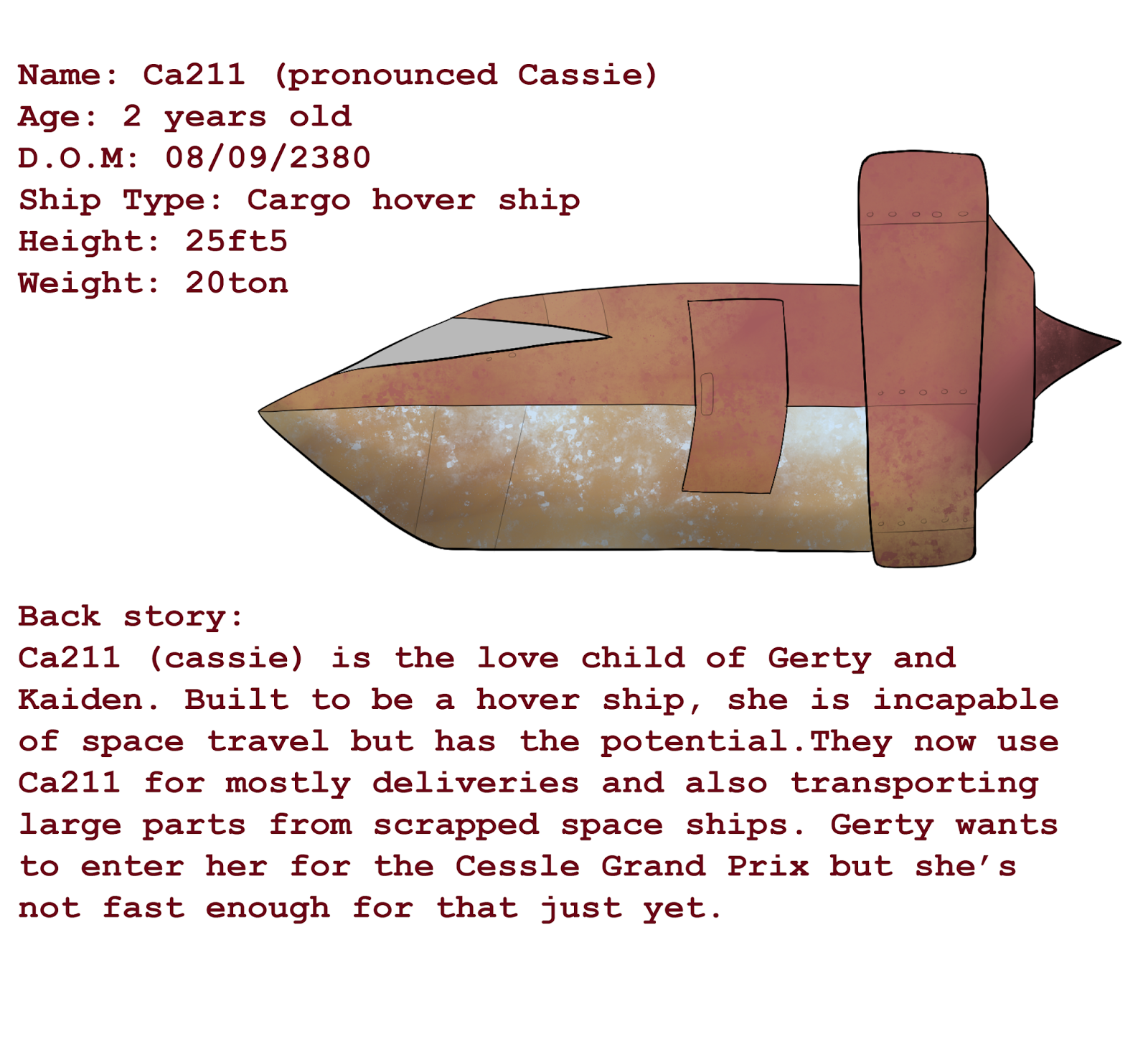