Wow didn't realise that I haven't posted anything in nearly three months and I should really start getting my backside in gear when it comes to updating.

So anyhow here is some recent work from my completed character Design Project!! 
Gerty is out scouring the markets looking for ship parts when a glass orb begins to glow. She picks it up and it shows her a map to a forgotten treasure deep in the Tarosian wilderness. She immediately asks how much the statue is and goes off to tell Kayden and the other workers what she has found. When she does tell them the workers tell her 'it’s just a myth, it's not real, and it’s just a story told to children' but Kayden believes that they can find the treasure together, and so they gather supplies and head off to find the lost treasure. They travel to different parts of Taros, meeting different and colourful people asking where they can find the treasure or where places are.... as the journey progresses Kayden begins to doubt if the treasure is real but he keeps his thoughts to himself. When they reach the destination where the treasure is they enter a vast cave with lots of carvings of people farming, making things, hunting, etc. But when they look further into the cave they find nothing. Kayden then voices his thoughts saying 'maybe the others were right, maybe the treasure is truly a made up story?' but Gerty doesn’t take it very well and argues that the treasure is there it has to be and storms off to find something that will lead them to the treasure whereabouts. Kayden sighs and slides down one of the walls and then feels a slight draft coming from the wall behind him... he feels around the wall and finds a switch and when he presses it a door opens... he goes in to investigate and when he shines his light he sees an ocean of gold and when he calls Gerty to tell her she doesn’t believe him but when he finally drags her she can’t believe her eyes... they found it, they found the treasure!!!!

At the start of the project I didn't have a solid idea of what I wanted to to but I knew that I wanted to do something that involved my characters going on an adventure.

These were initial designs for my female character Gerty and doing these helped me think about what the story would be about. In the end I went with an engineer type character (very last design).

These were some of the initial concepts for Gerty. At the time she has markings on her face but as I carried on drawing I was forgetting to put that feature on her so I scraped it. 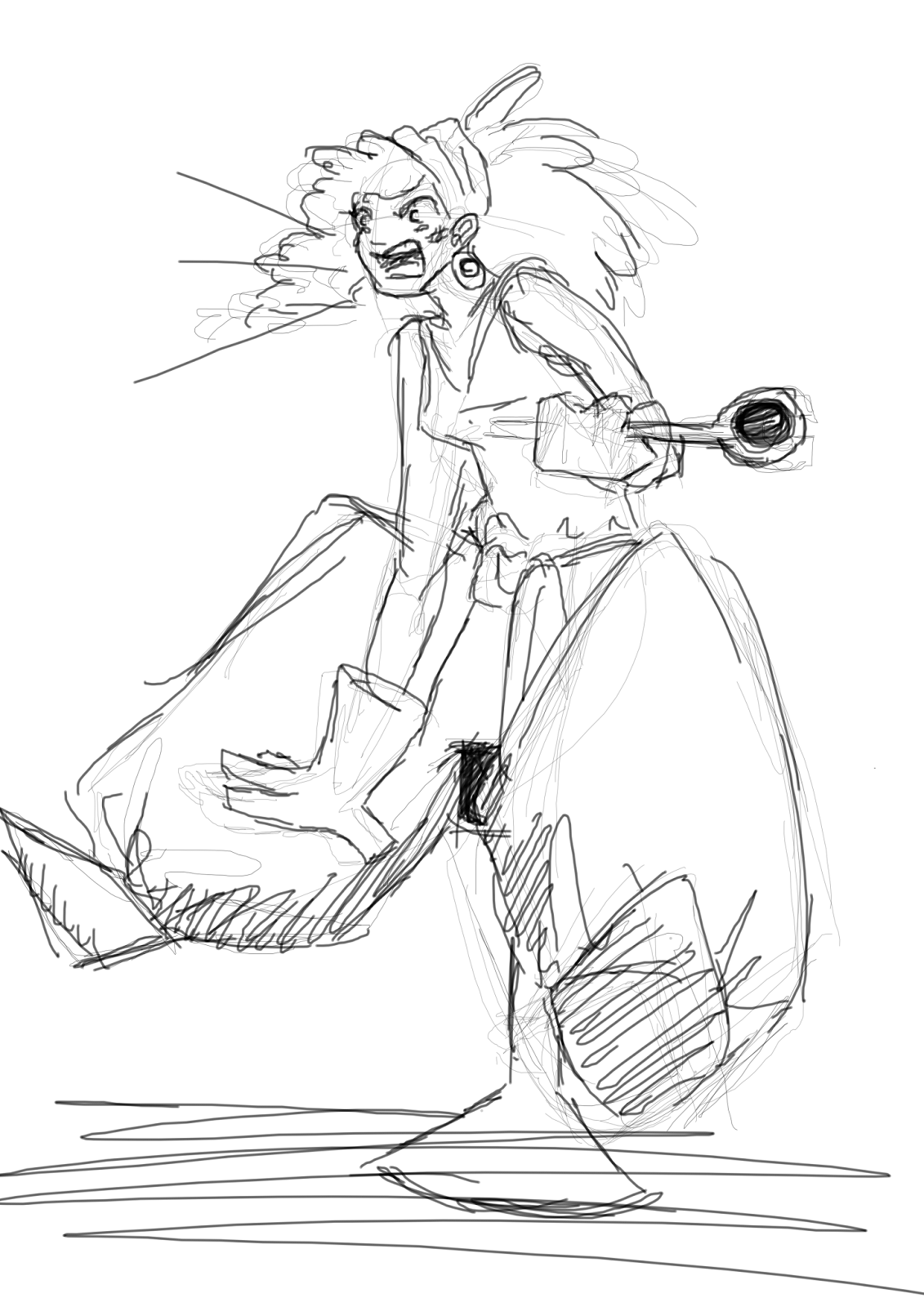 Gerty's personality is one that is bossy but does have a caring side that isn't shown very often.

These are what my friends drew when I asked them to draw Gerty in their style. James's (left) looked more like a genie but Marens (rights) was close to my design and it had a bit of attitude to it.

Gerty is a mechanic that works on spaceships but where she lives is a harsh desert land so for colours I wanted to make her clothing to match her environment somewhat.

These are what I came up for Gerty's colour scheme. I wanted to try some earthy colours but at the same time I wanted to see what she would look like in cooler colours as well and for her design I went with the first colour scheme because it the use of the cool blue breaks up the earthy warm colours. 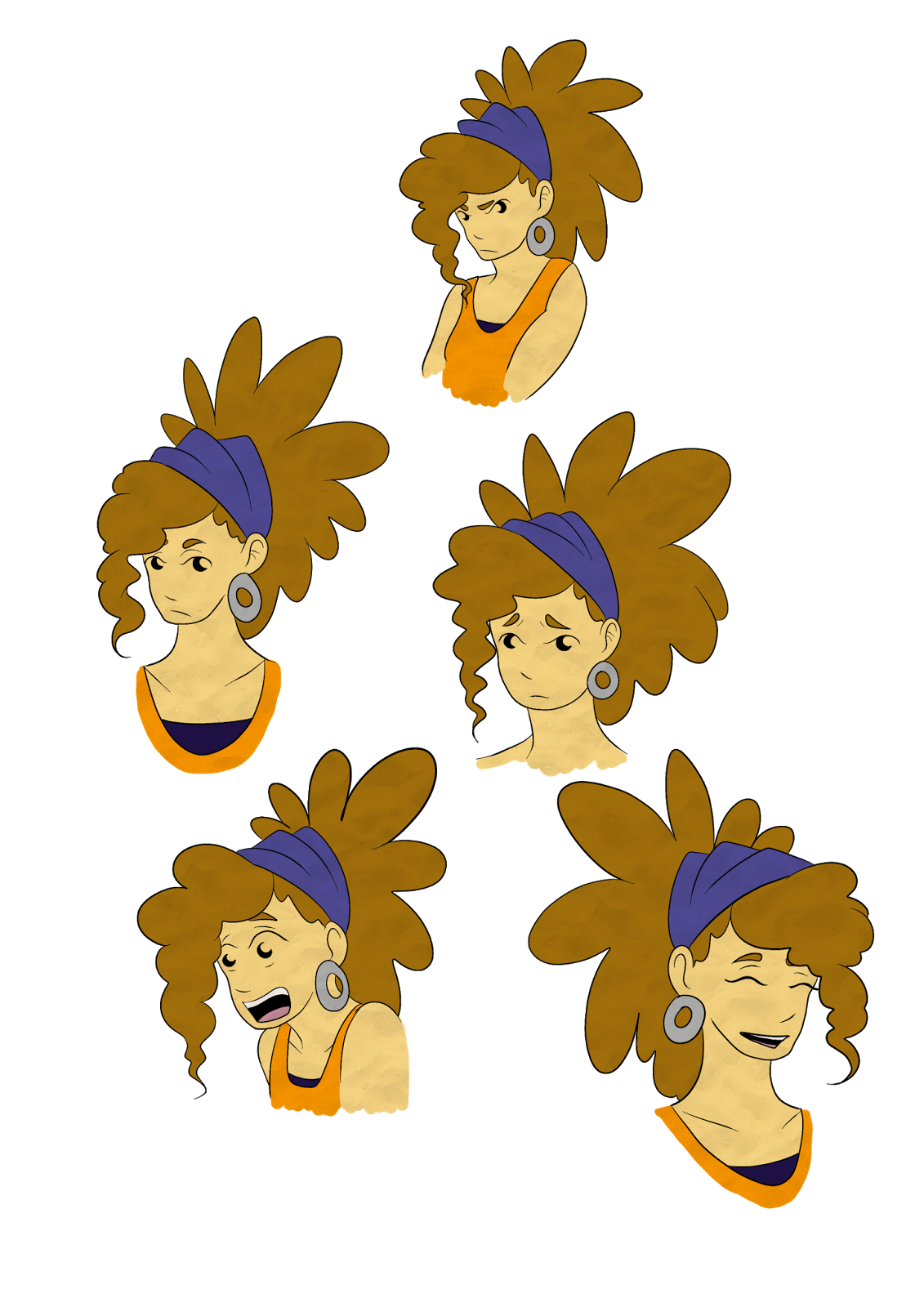 The expressions here are limited slightly as I was running out of time and also I struggled to think what expressions she would use. 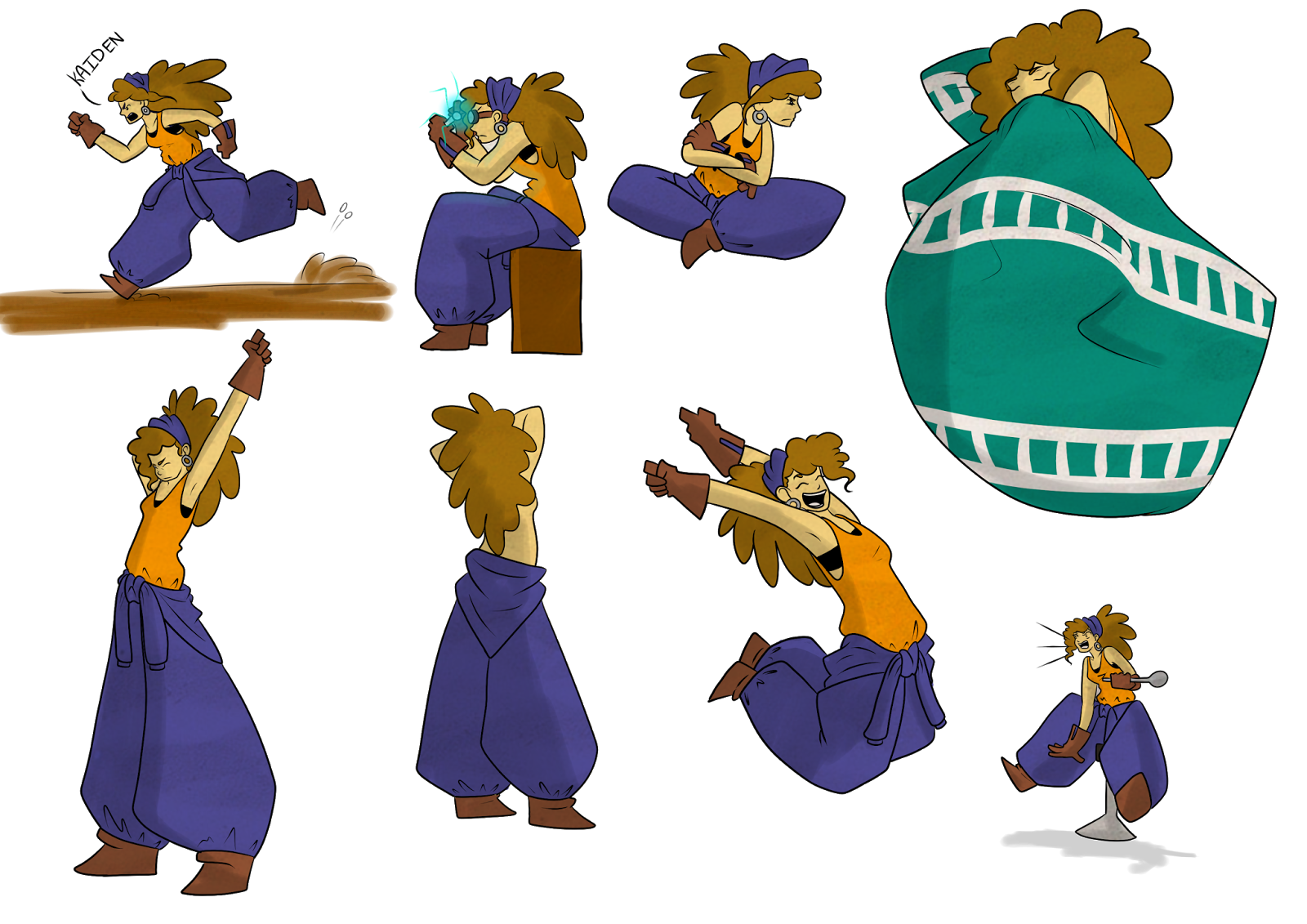 These action poses were fun to draw because it showed Gerty's personality off better, especially the poses where she is shouting.

and this is Gerty's Profile 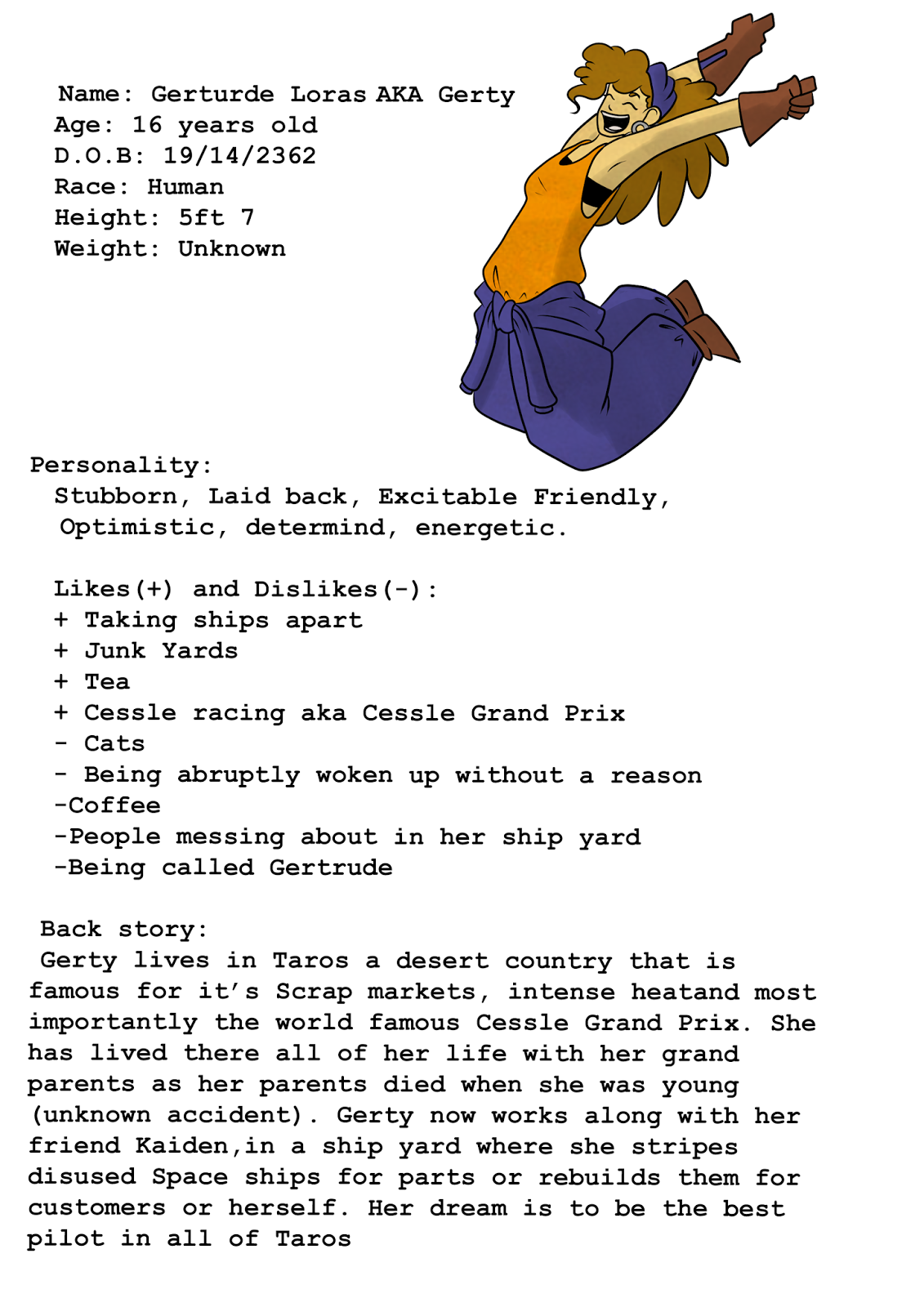