This was the project that I was most looking forward to doing and what is this project you ask?

Well for this project our tutor Matt went to his local school and asked the pupils there to draw a character to a sound clip. After that everyone in our class was allocated a character and a sound clip 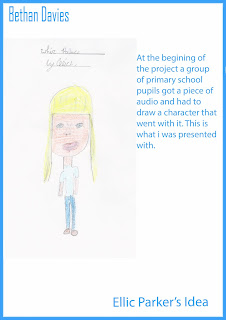 For research I looked at Adventure time, Bravest Warriors and drawings of artists interpretations of children's drawings 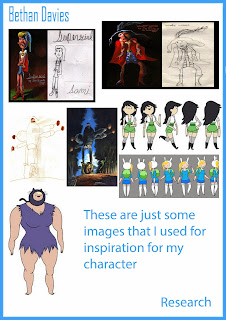 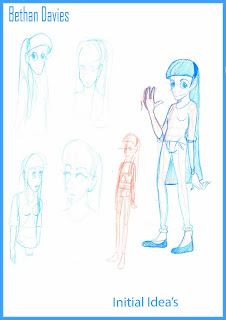 I immediately thought that this character was a girl and so I designed her with slightly lanky limbs and a bowl shaped fringe (to keep with the original drawing). But when I spoke to my tutor she suggested that I should give her a large head and push her proportions more and so I enlarged her head slightly and made her limbs a lot longer than her body. 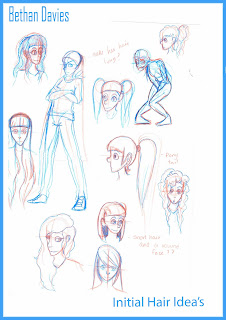 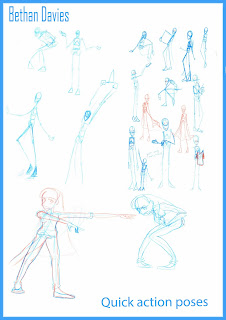 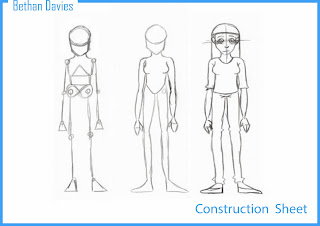 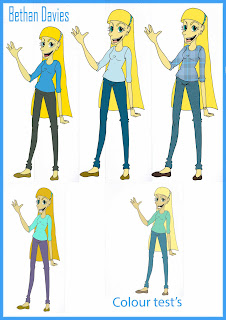 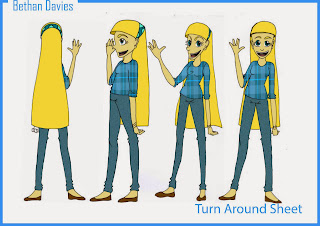 Again when it came to the turn around I felt like I lost her features slight i.e. the shape of her eye's, nose and mouth 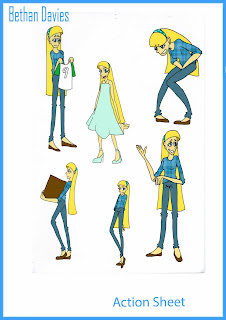 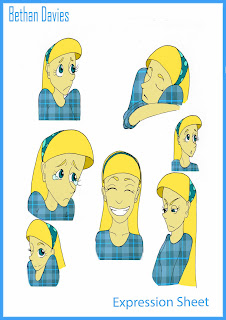 I'm not a very confident person when it comes to acting so when it came to my LAV's I felt quite out of my comfort zone and when did the actual film it looked too ordinary and boring. 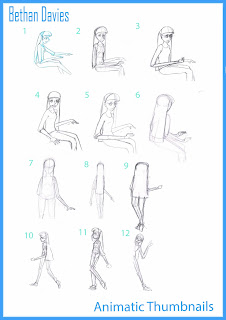 These were just some quick thumbnails for the animatic 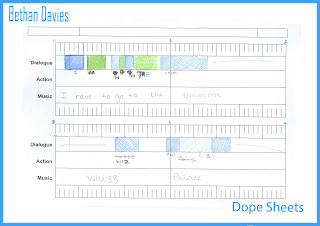 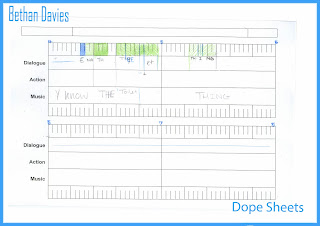 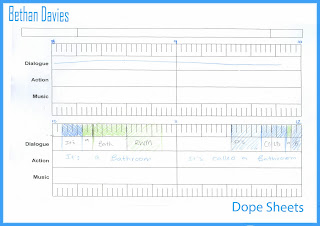 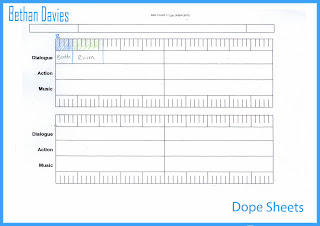 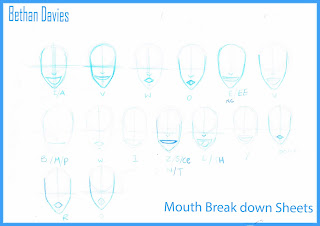 this is a close up video of me saying the lines