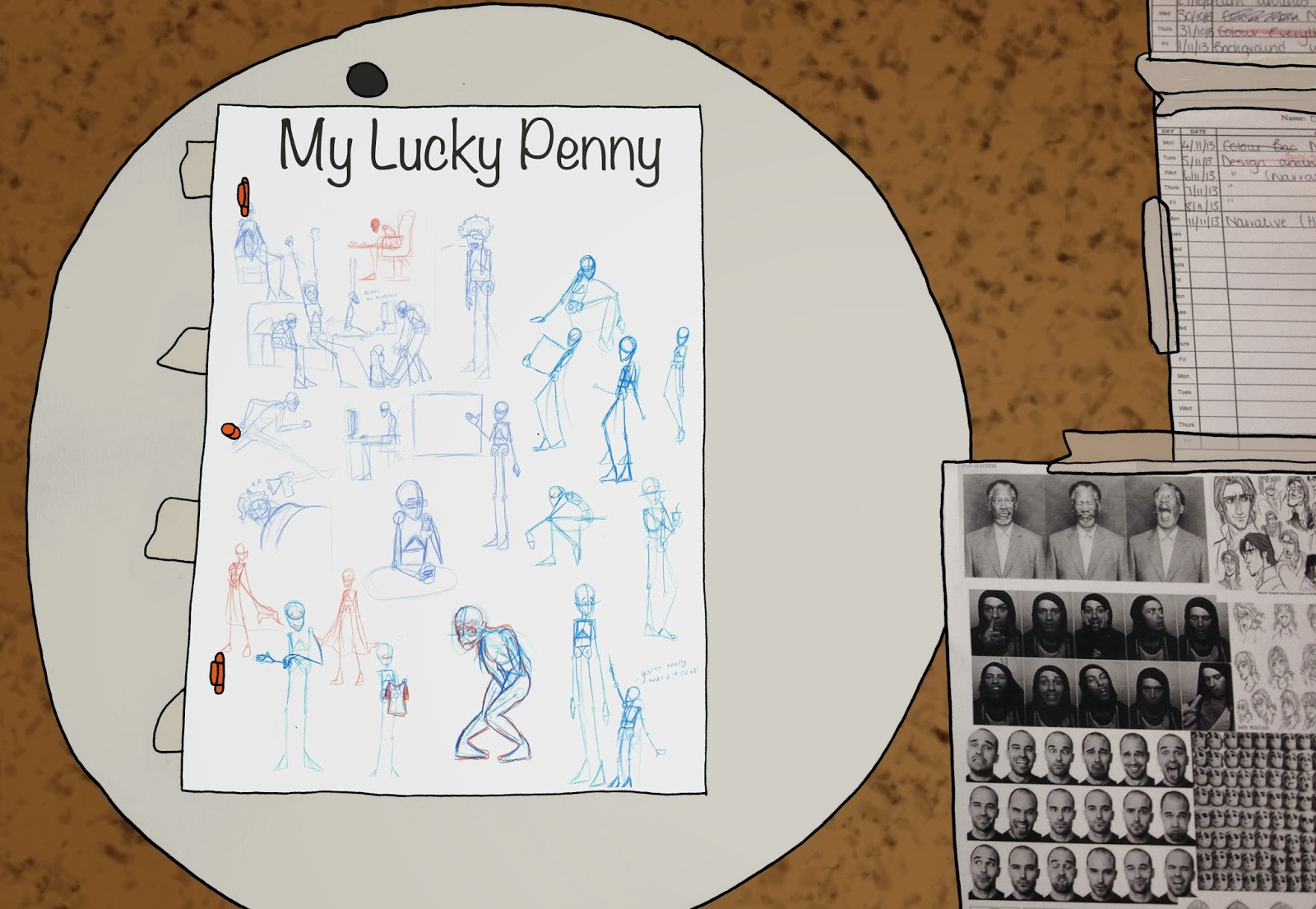 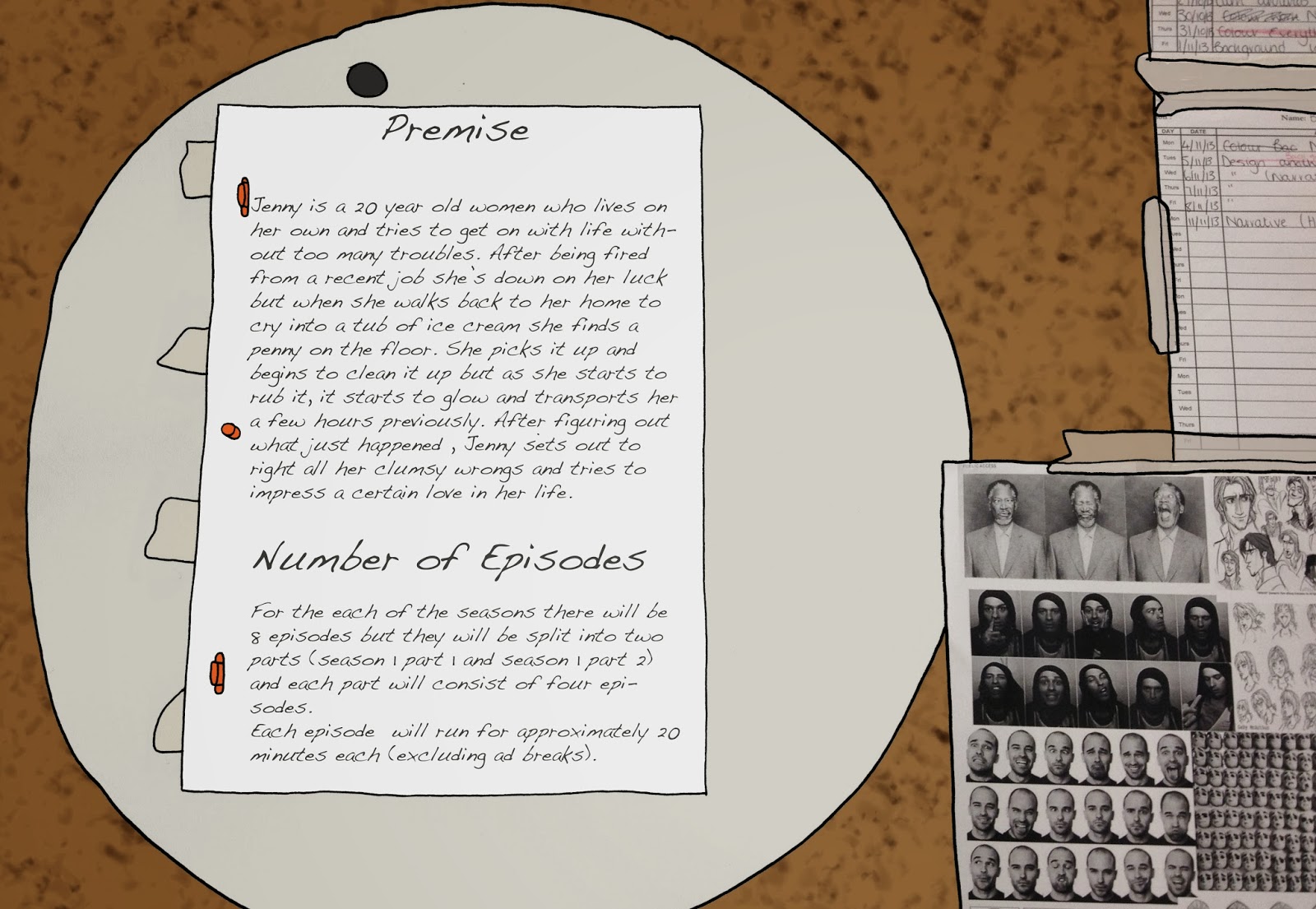 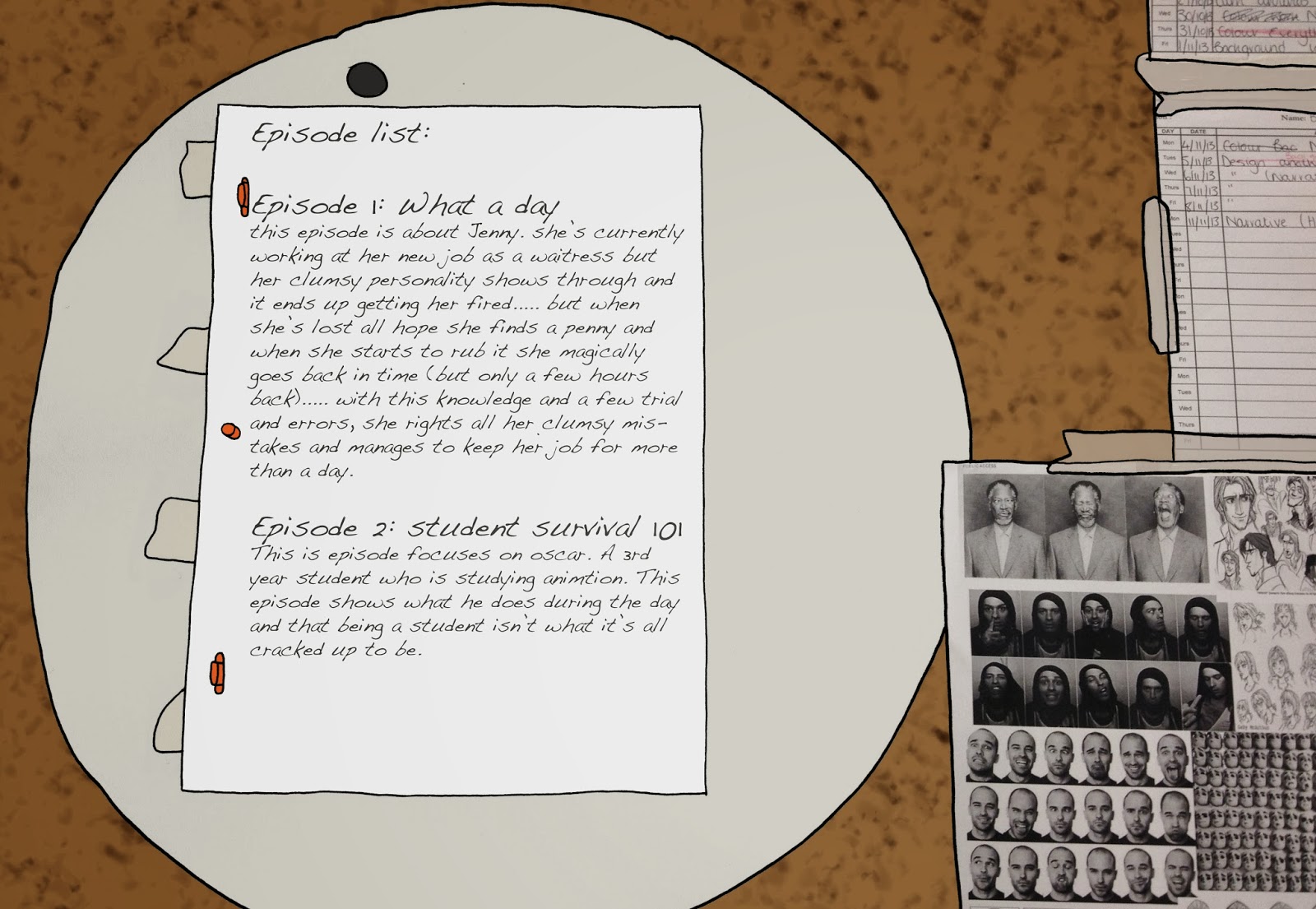 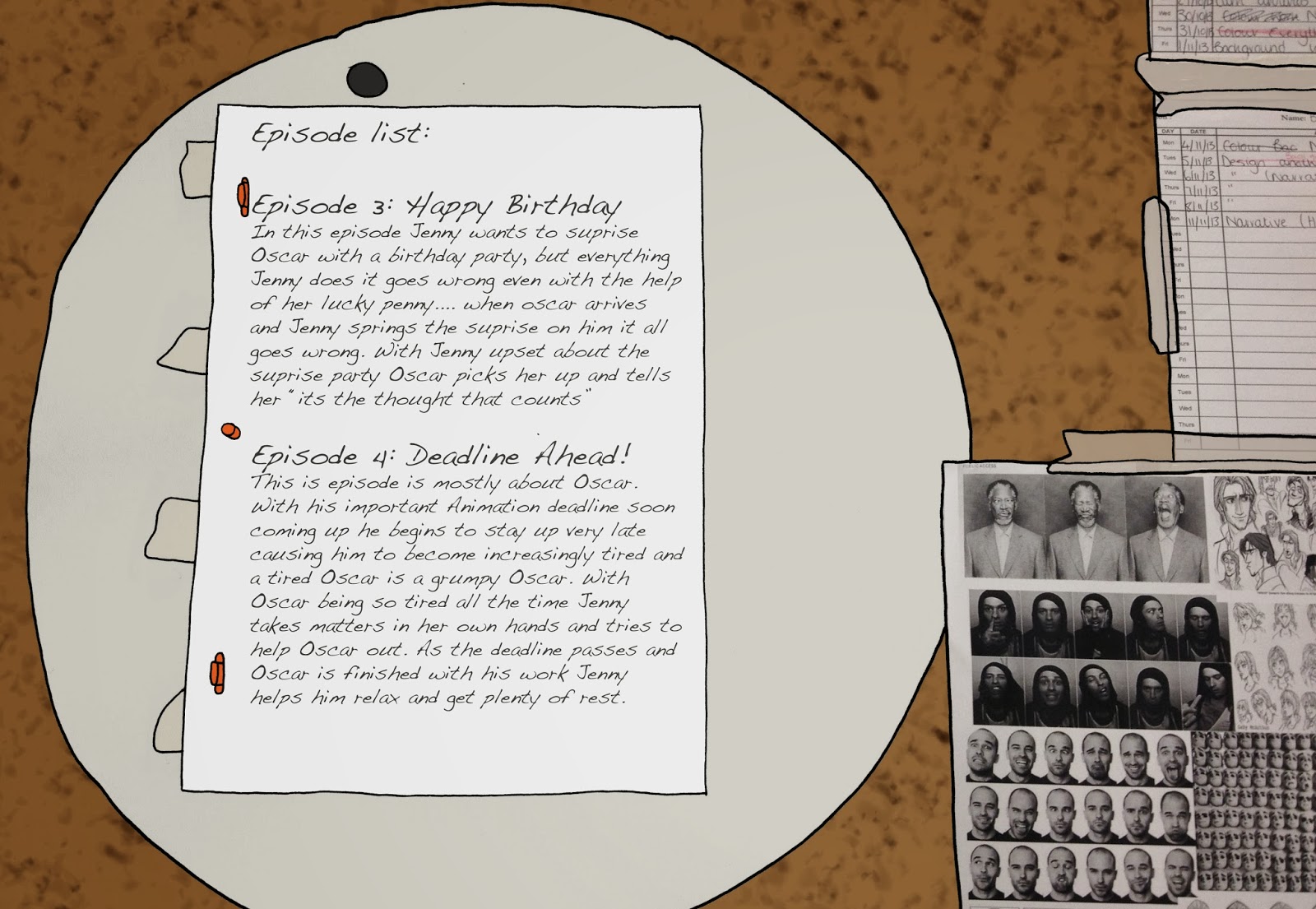 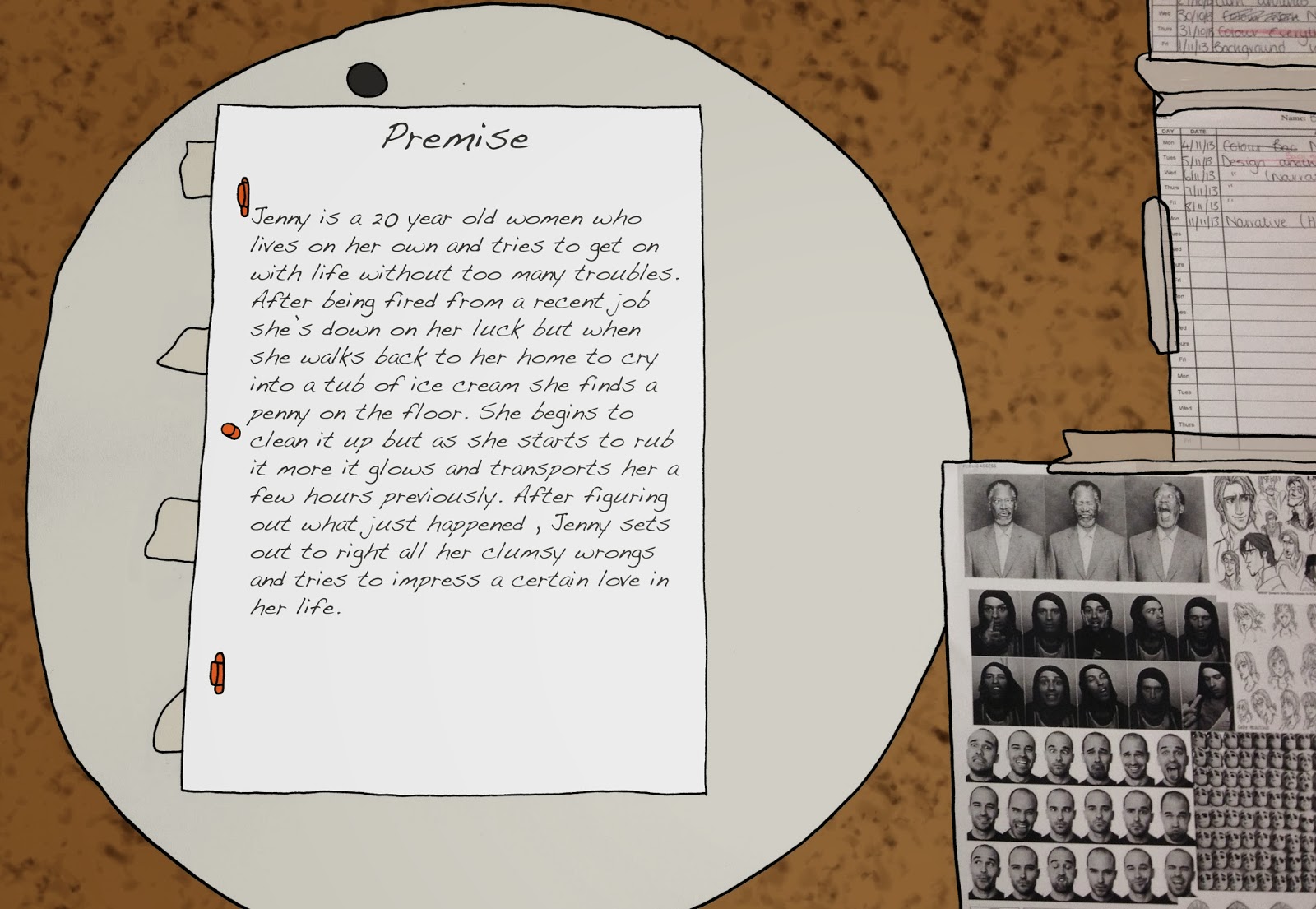 This is was the idea that I came up with for the story itself and how many episode would be aired, etc.
The story is about two characters Jenny (child's character) and Oscar (my character). After getting fired from her job as a maid Jenny walks home in the rain to cry herself into a tub of ice cream and forget about all the bad things but as she walks down the pavement she finds a very grubby looking penny. As she begins to clean it, the penny begins to shine bright and then in a flash she finds herself transported a few hours into the past and with this new power she right all her wrongs 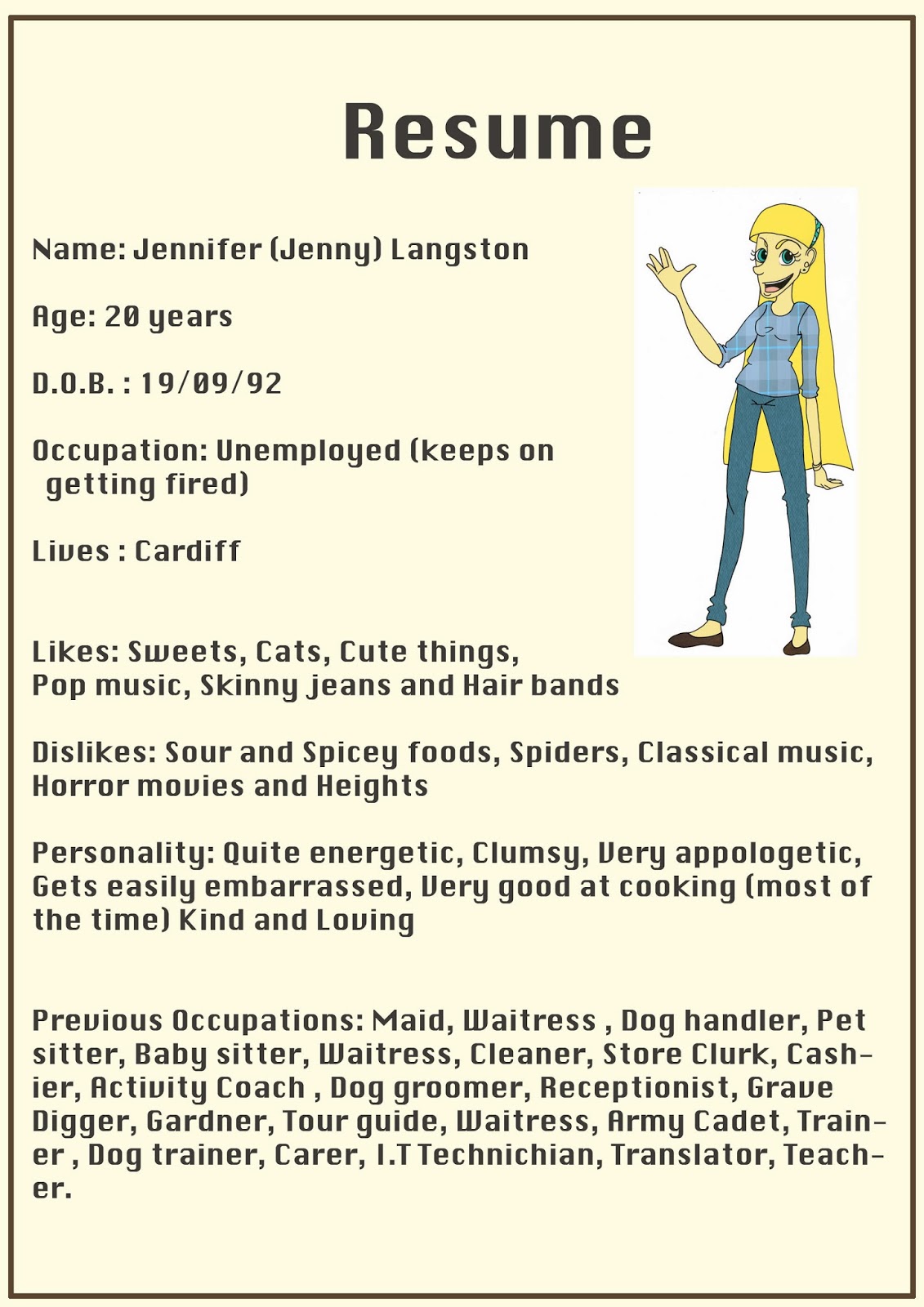 This was just a character info sheet for Jenny and as you can see, she hasn't been very good at holding a job down. 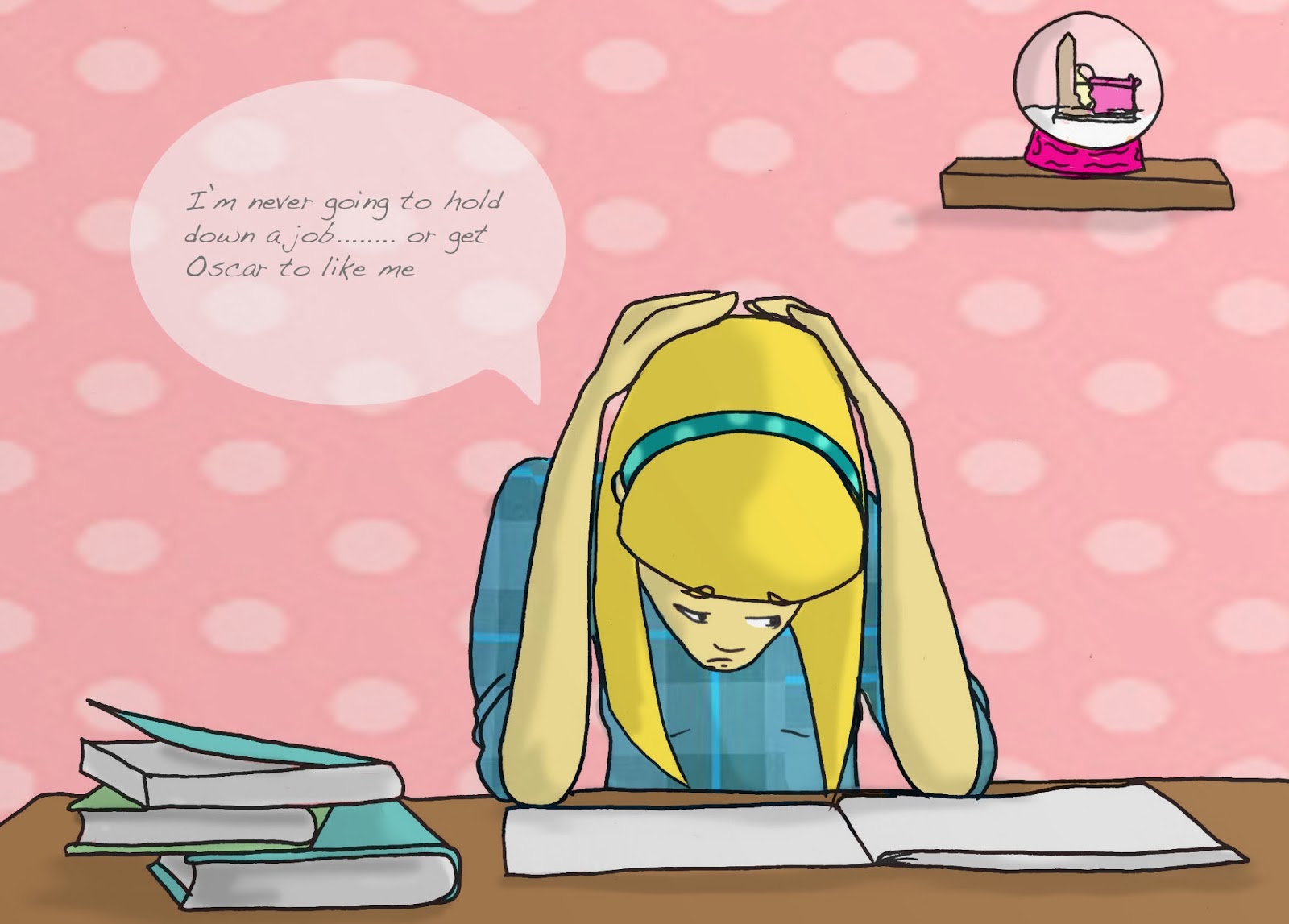 I was please with the flat but the image with Jenny in it could have been done a lot better but due to me not having my laptop and being pushed for time I could only come up with that image.

Oscar is a university student studying animation. He's known Jenny since they were very young and they even live on the same street. He's constantly helping Jenny getting jobs even if they don't last that long 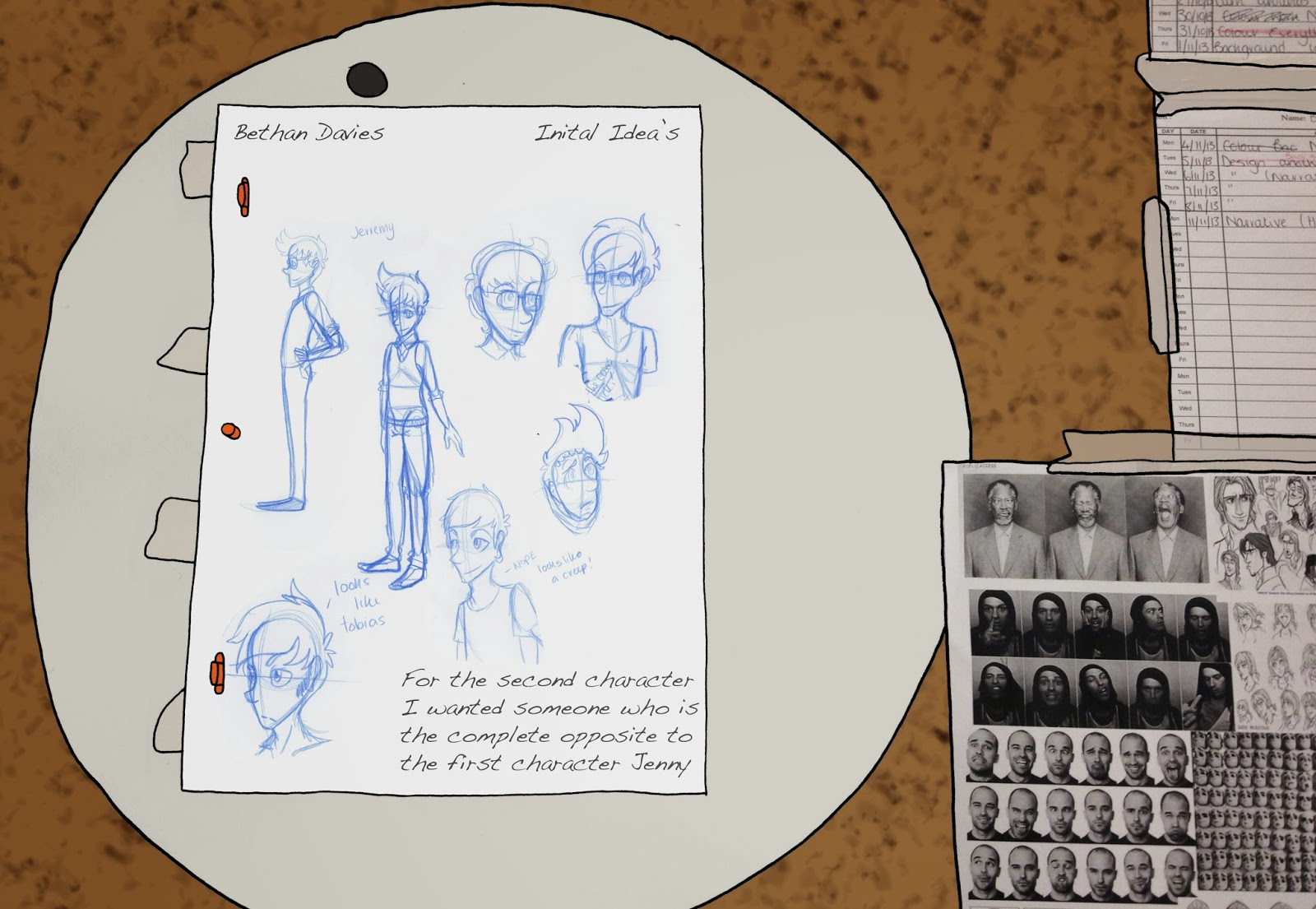 This was the character that I came up with ... at first I didn't know what to do for him so I just drew different hair styles and faces to see what would work 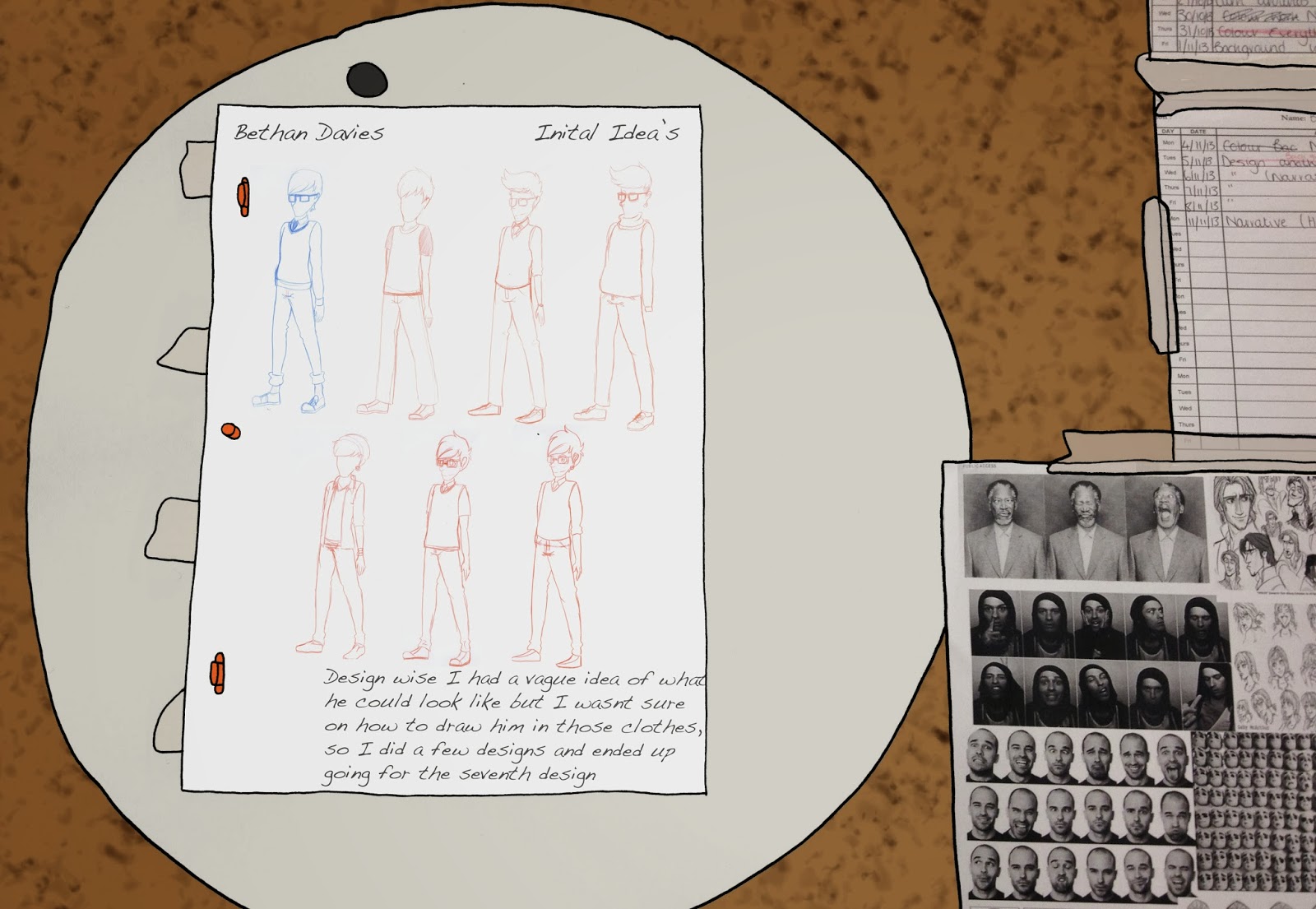 Again I was having real trouble pinning down what I wanted so I drew different outfits and hair styles to see what would work. In the end I went with the jumper and jeans outfit in the top left 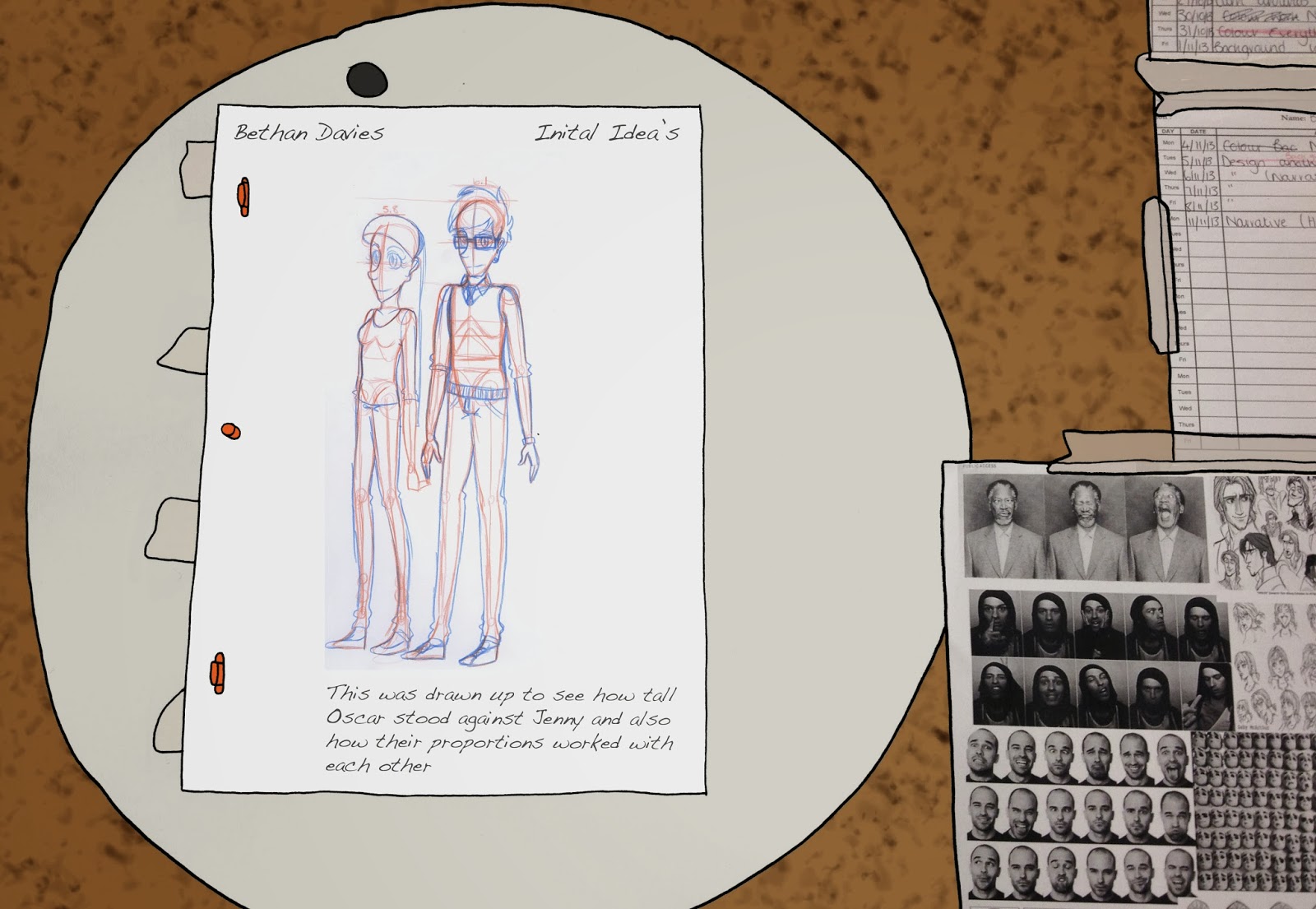 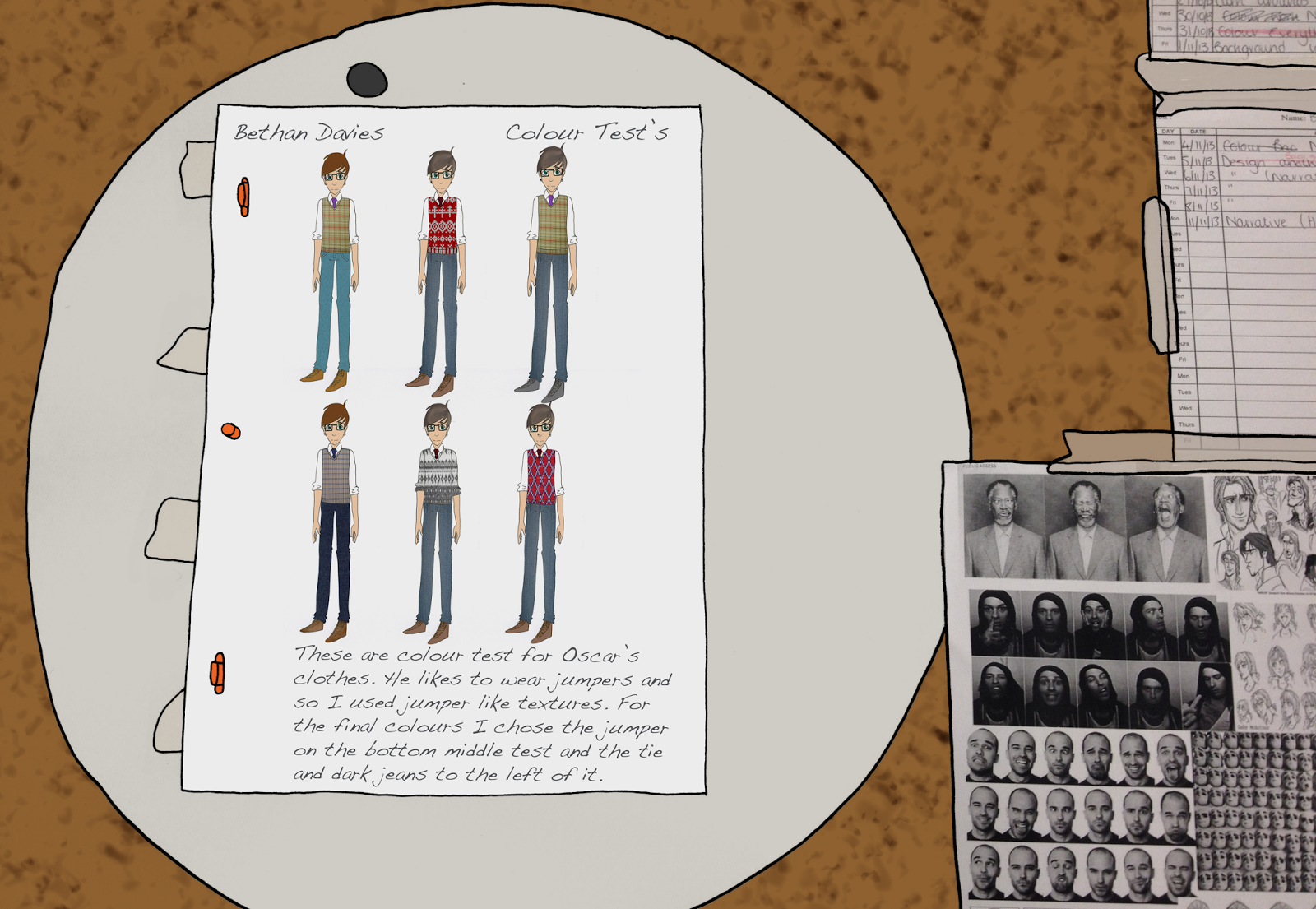 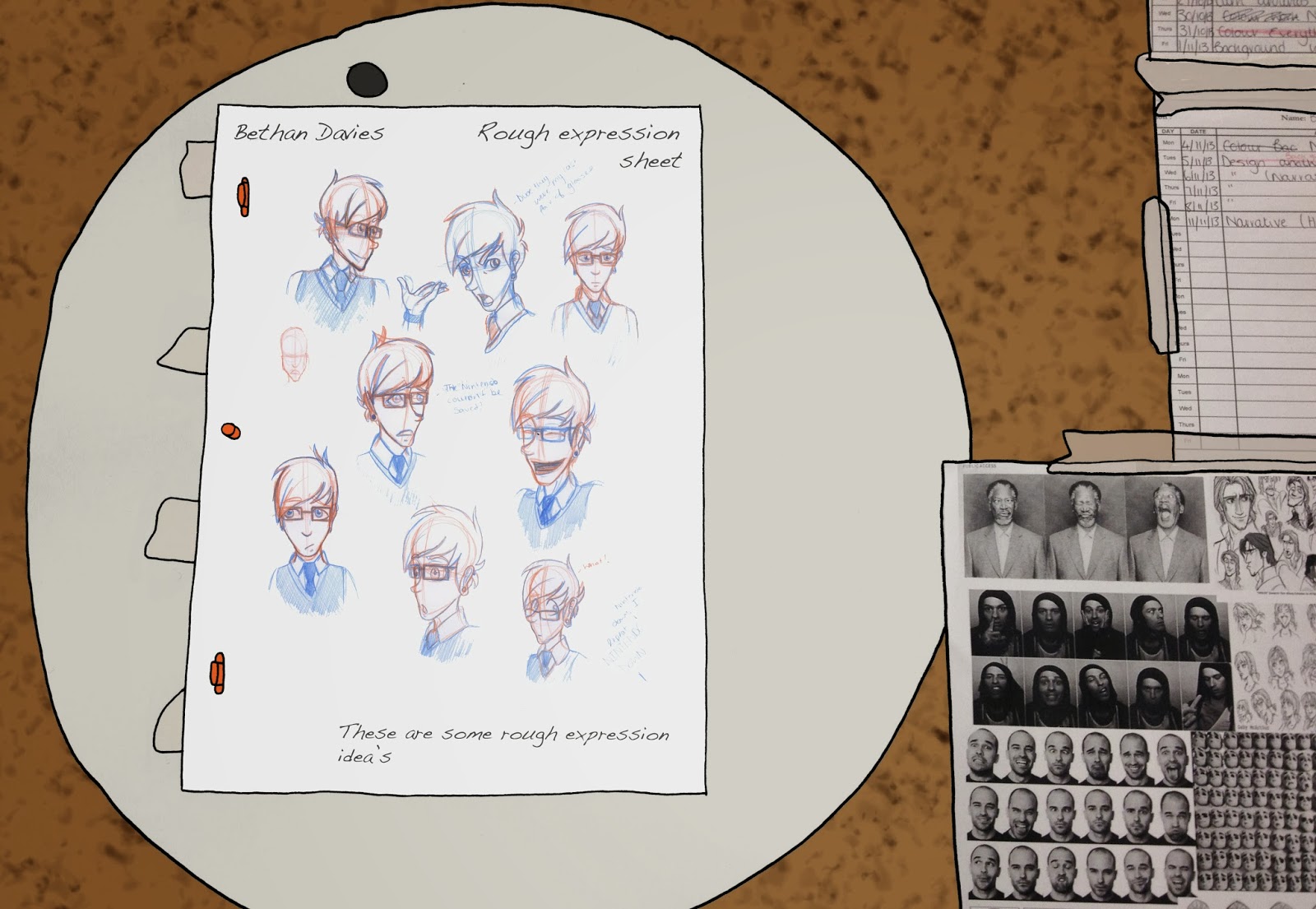 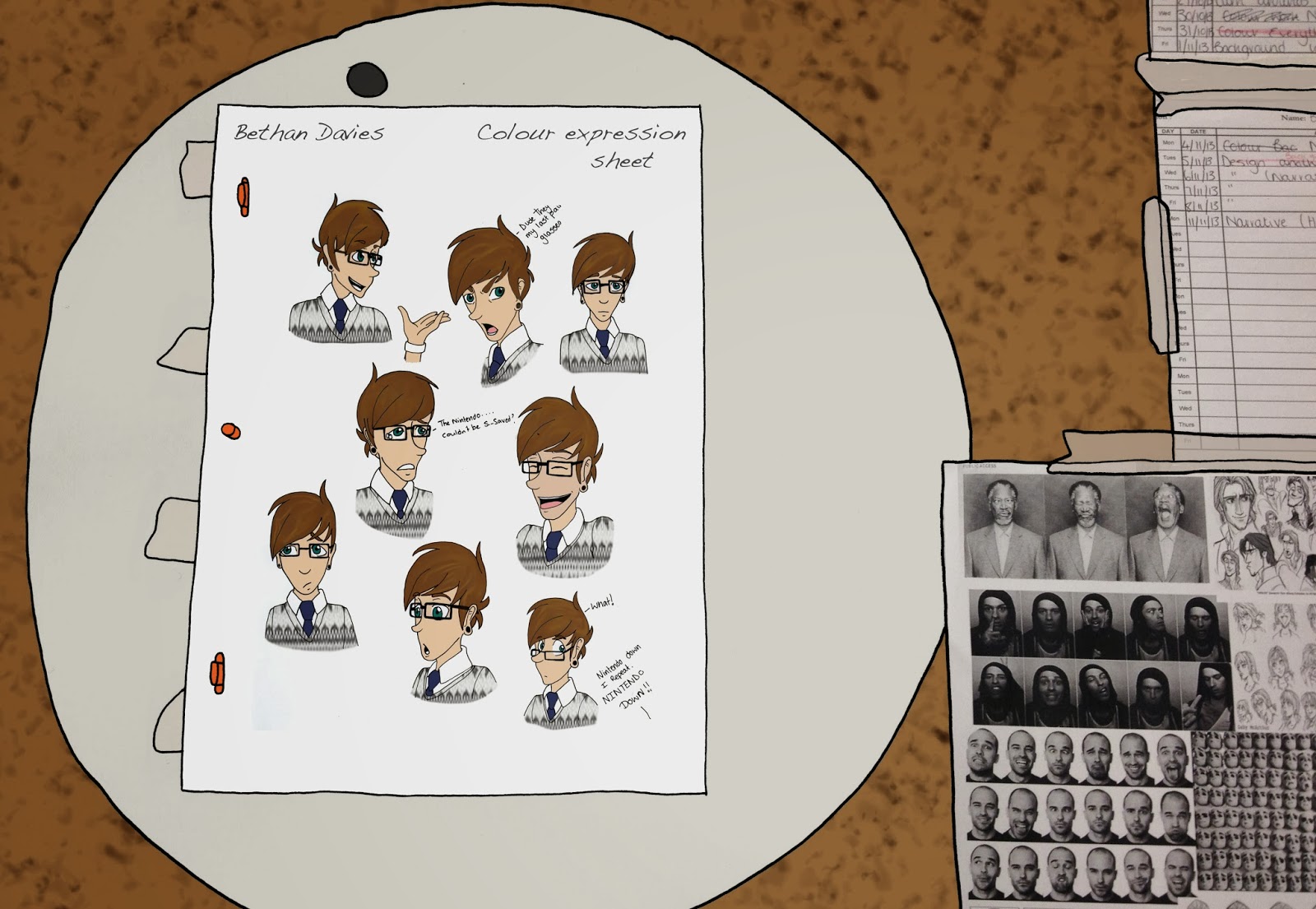 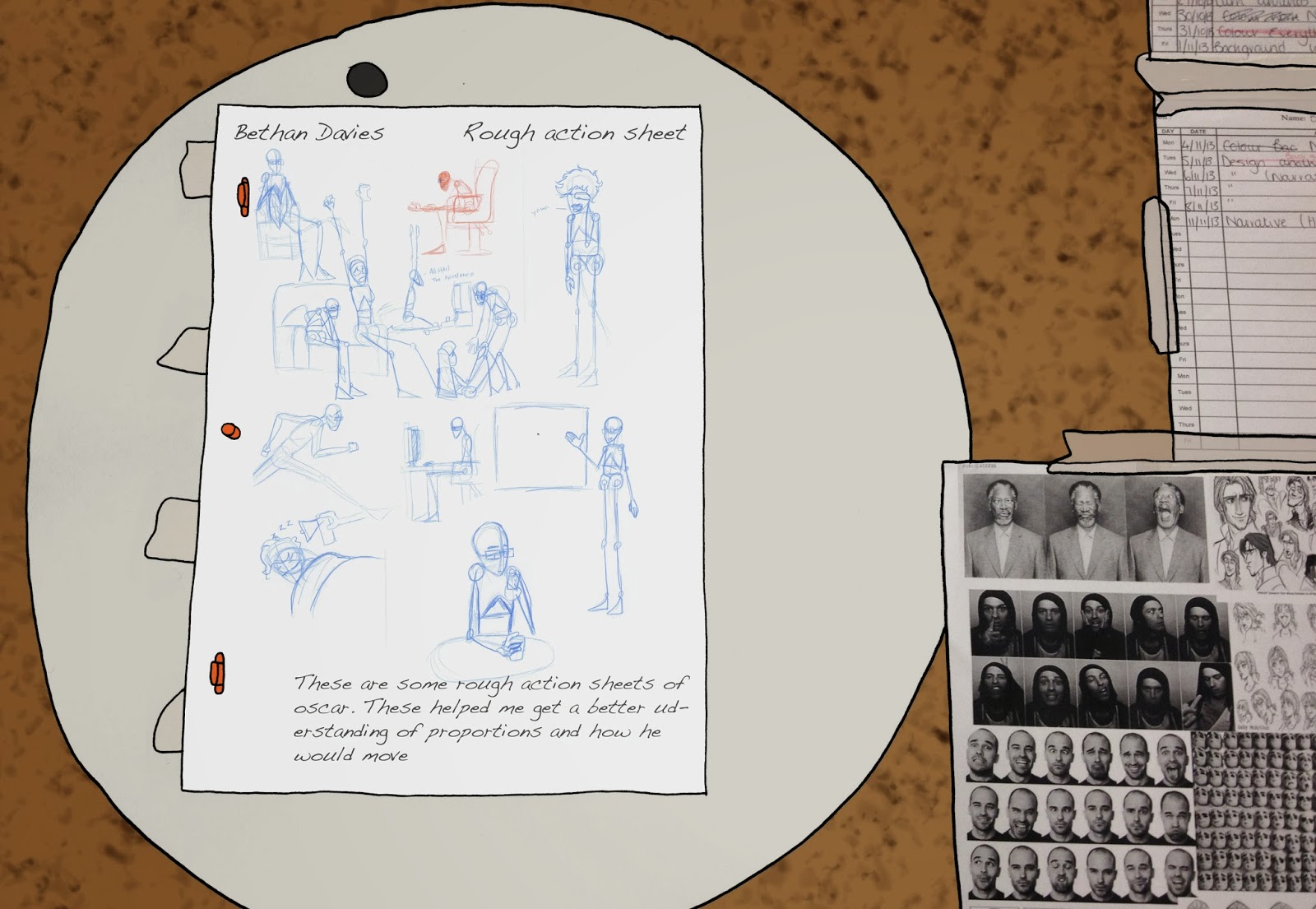 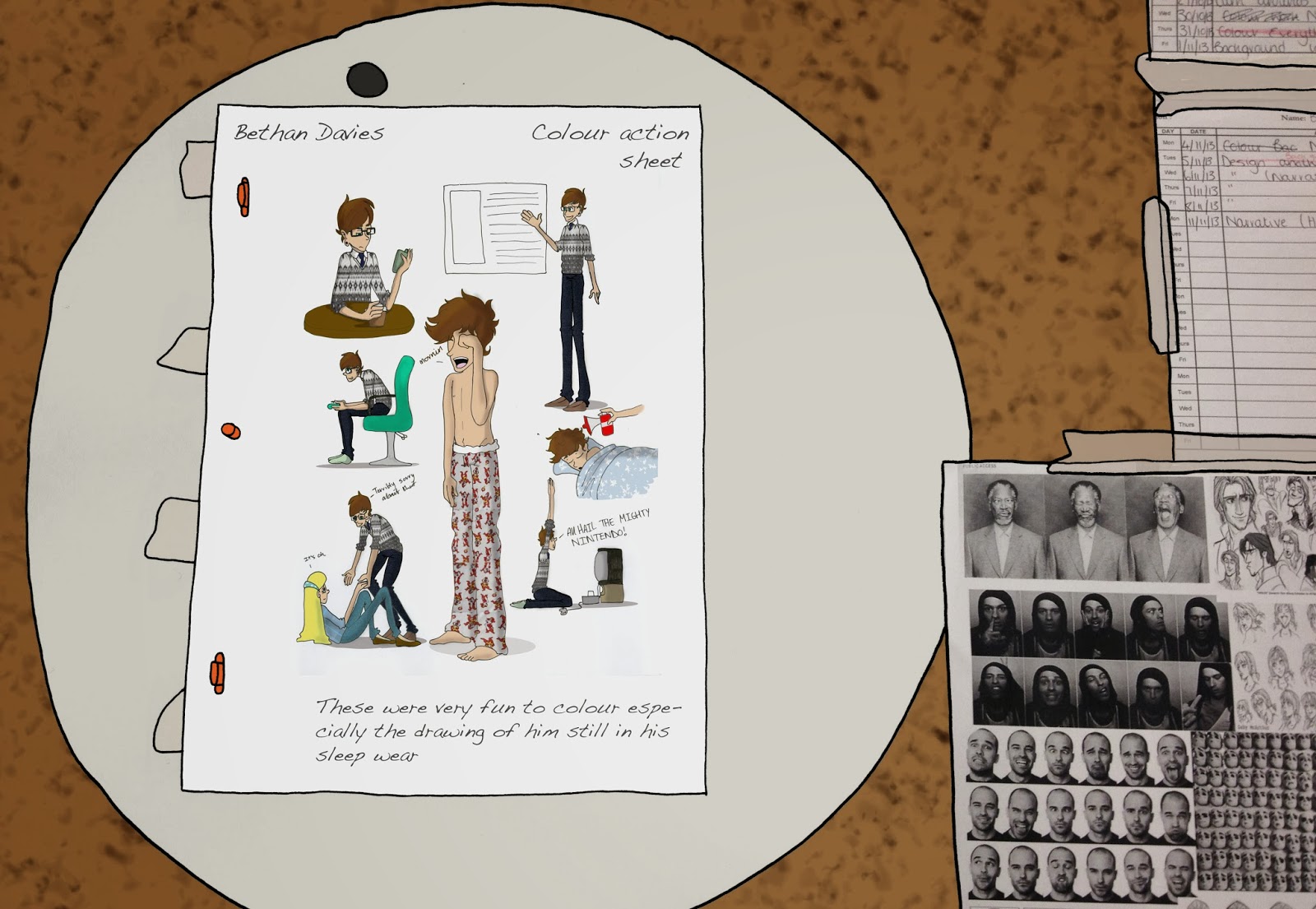 Again these were fun to draw because I could show Oscars geeky side i.e.. the all hail the Nintendo action pose 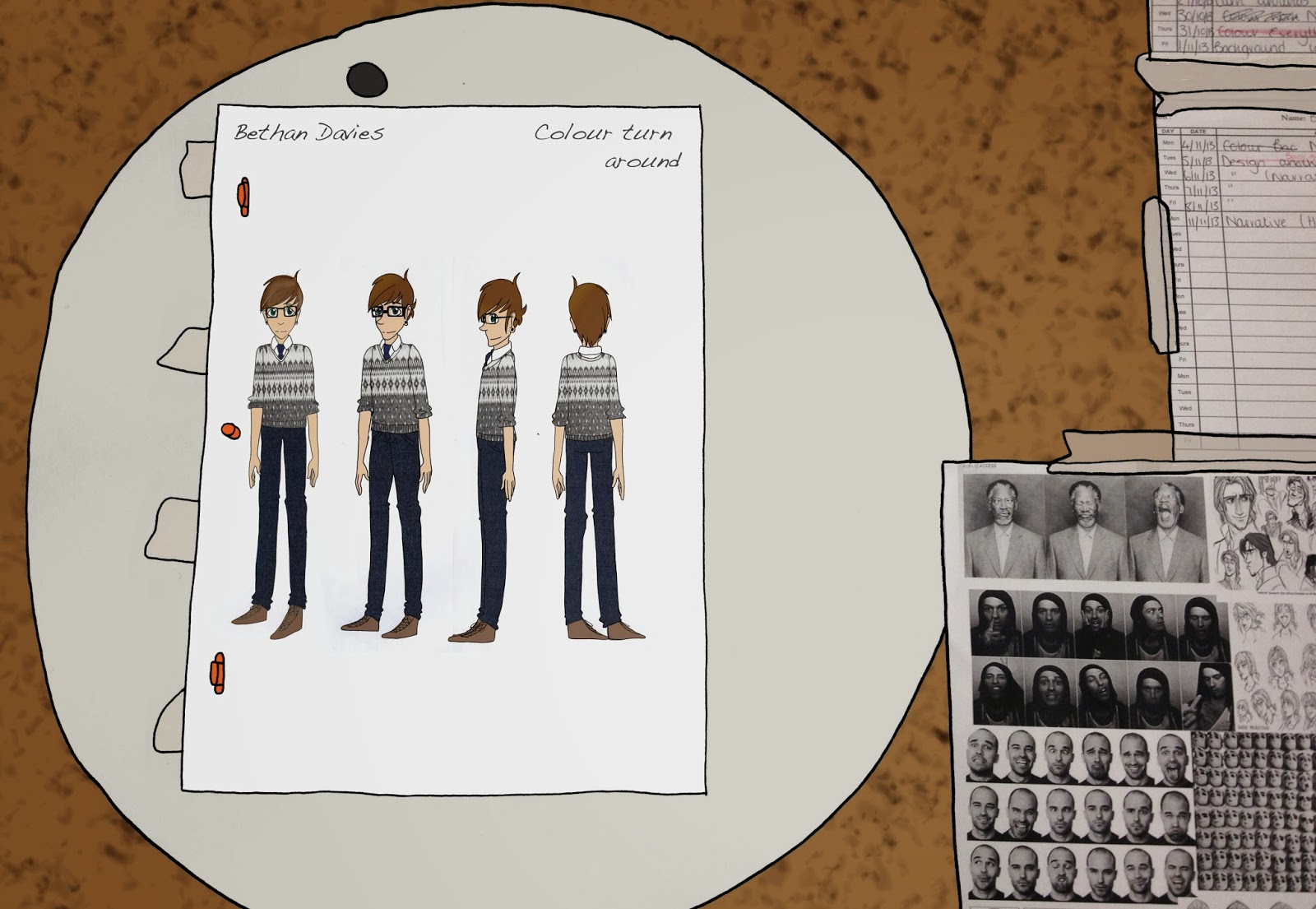 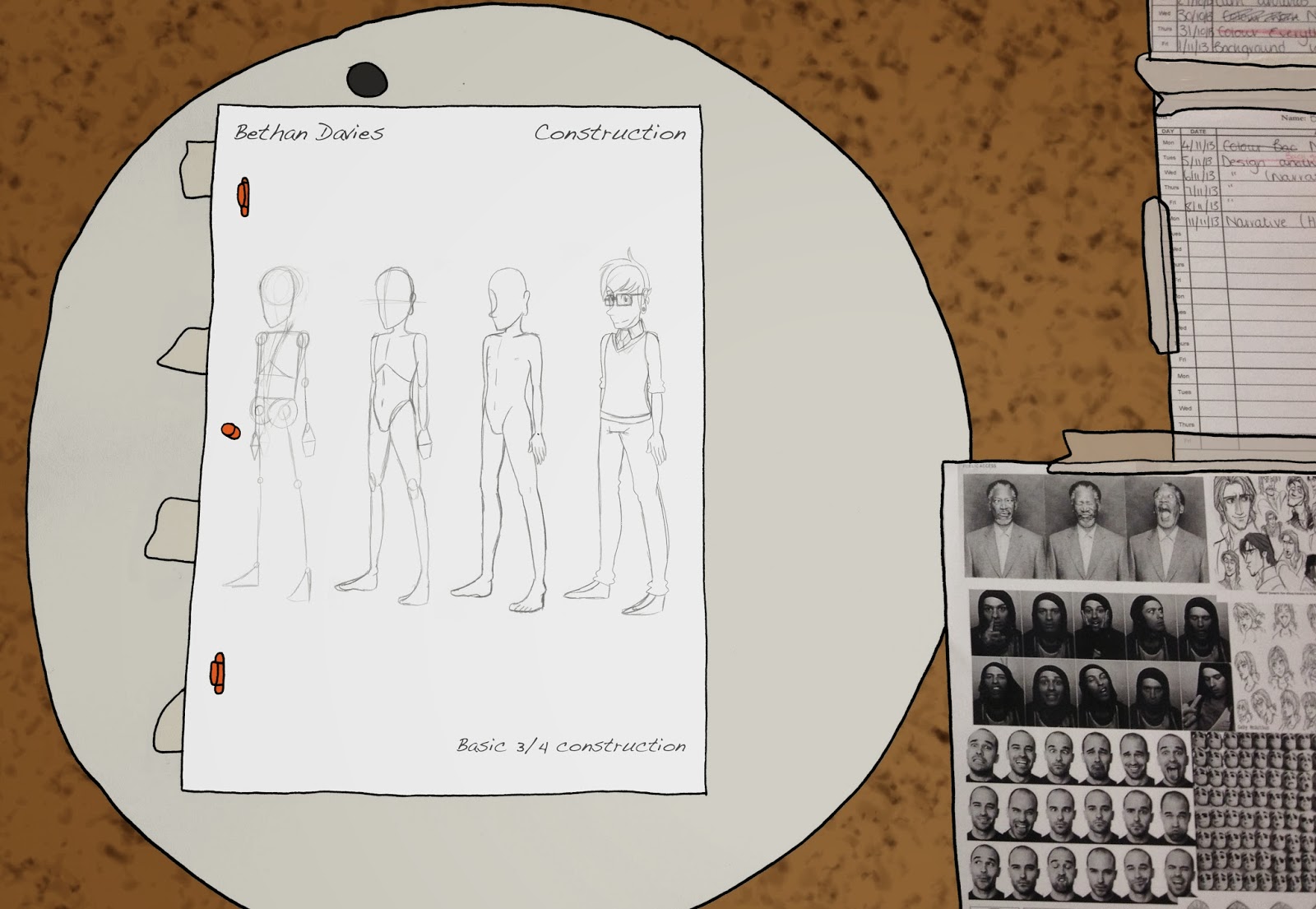 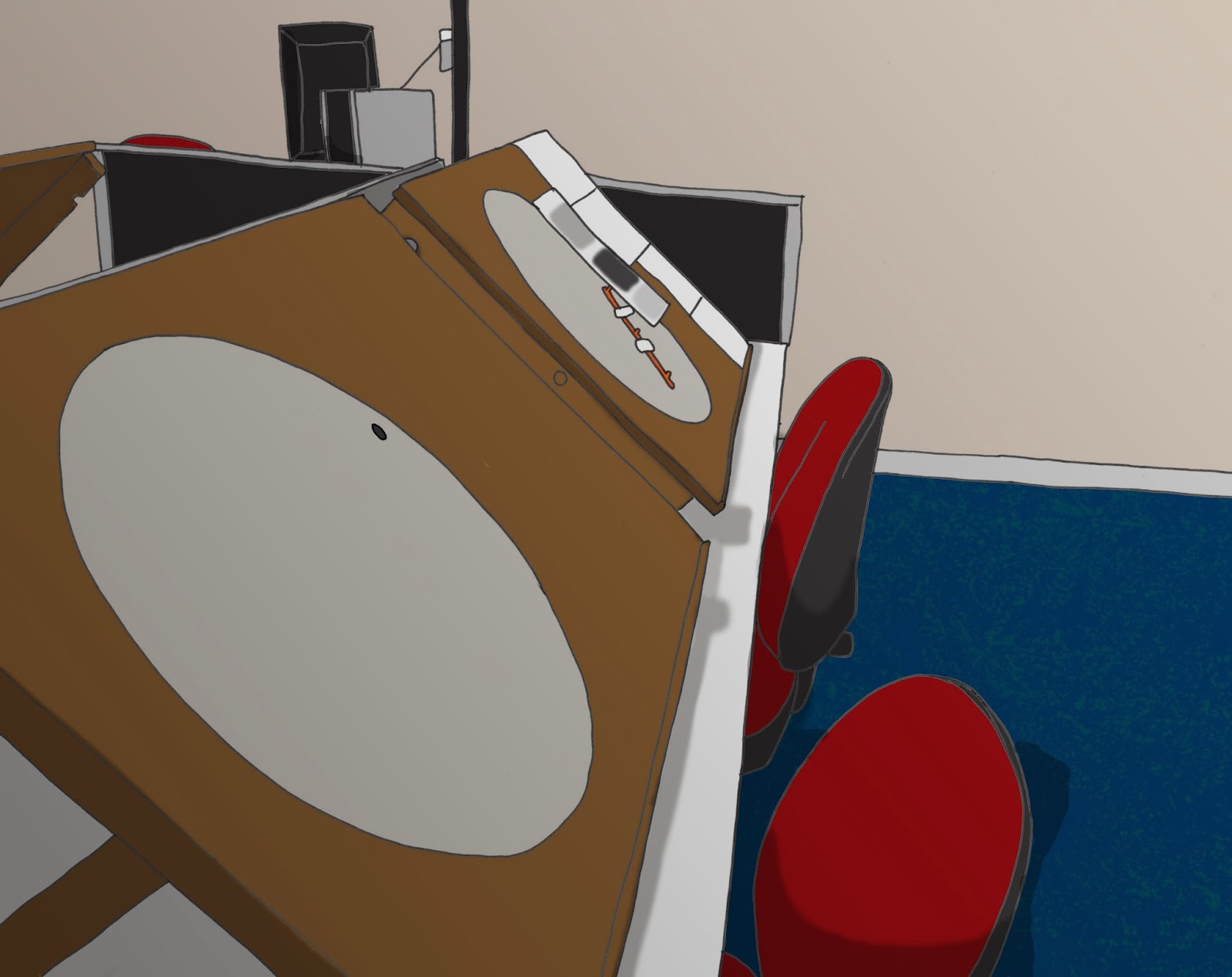 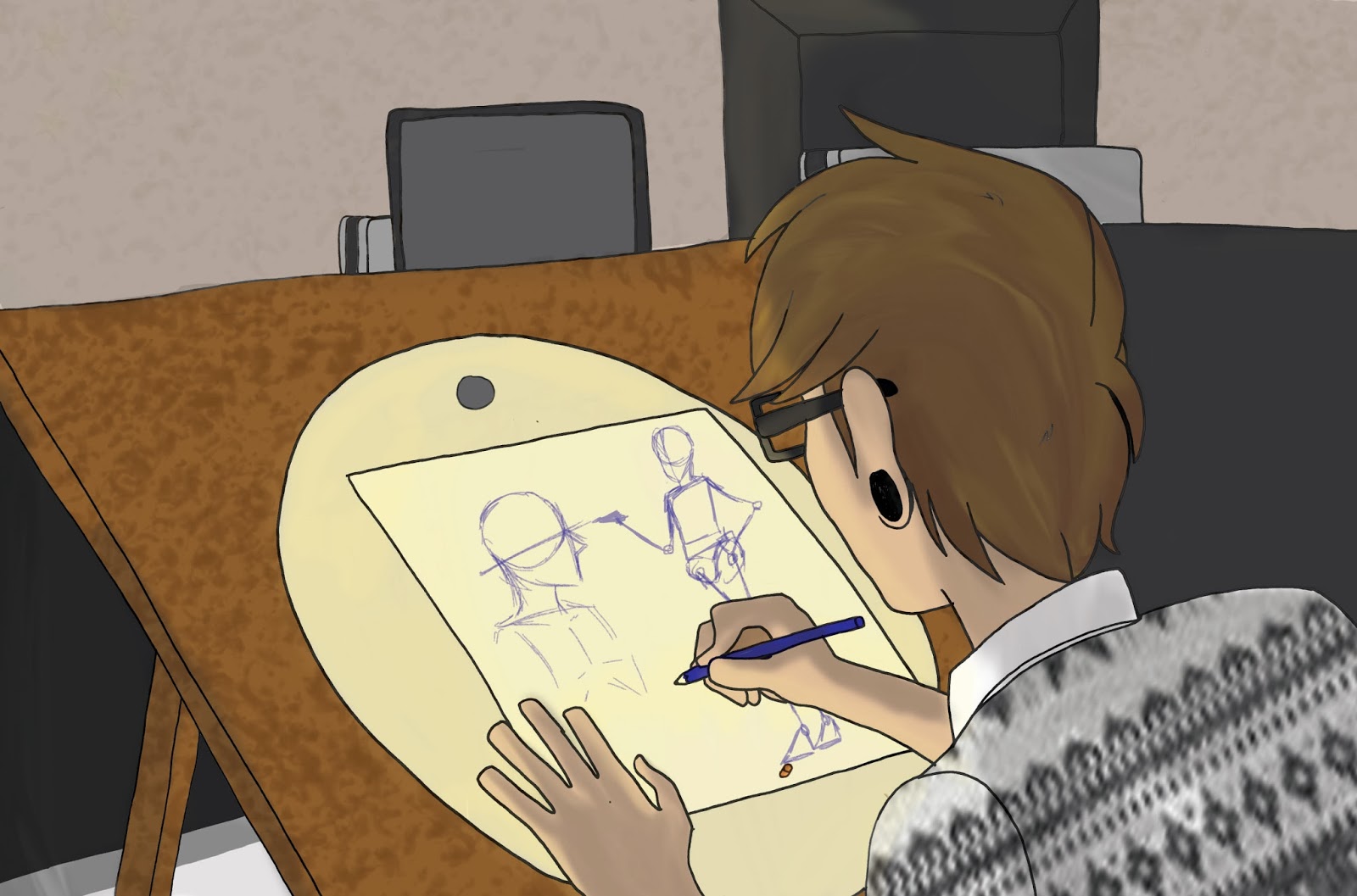 For the backgrounds I took images of the animation room in the university.. seeing as he is a university student studying animation 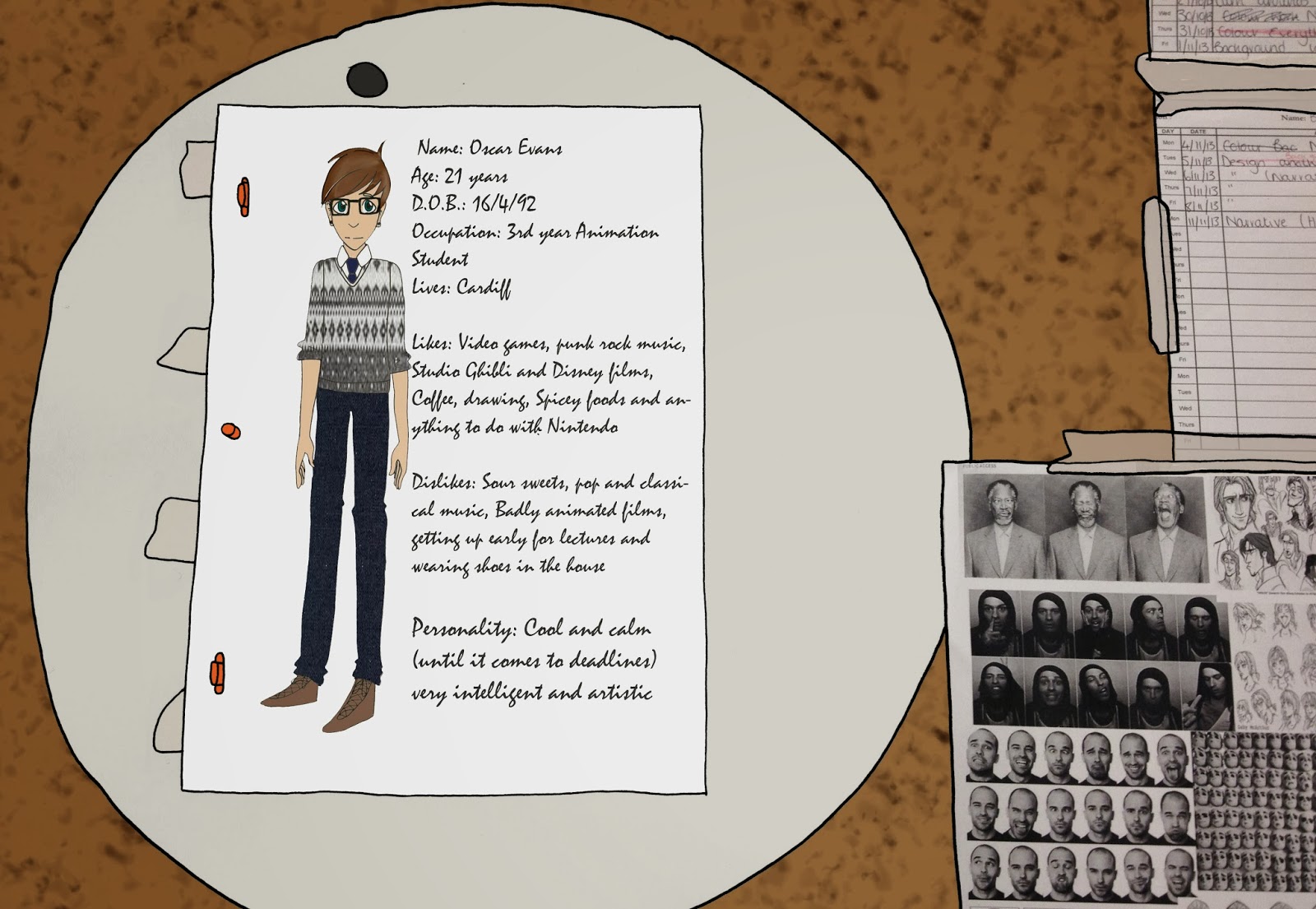 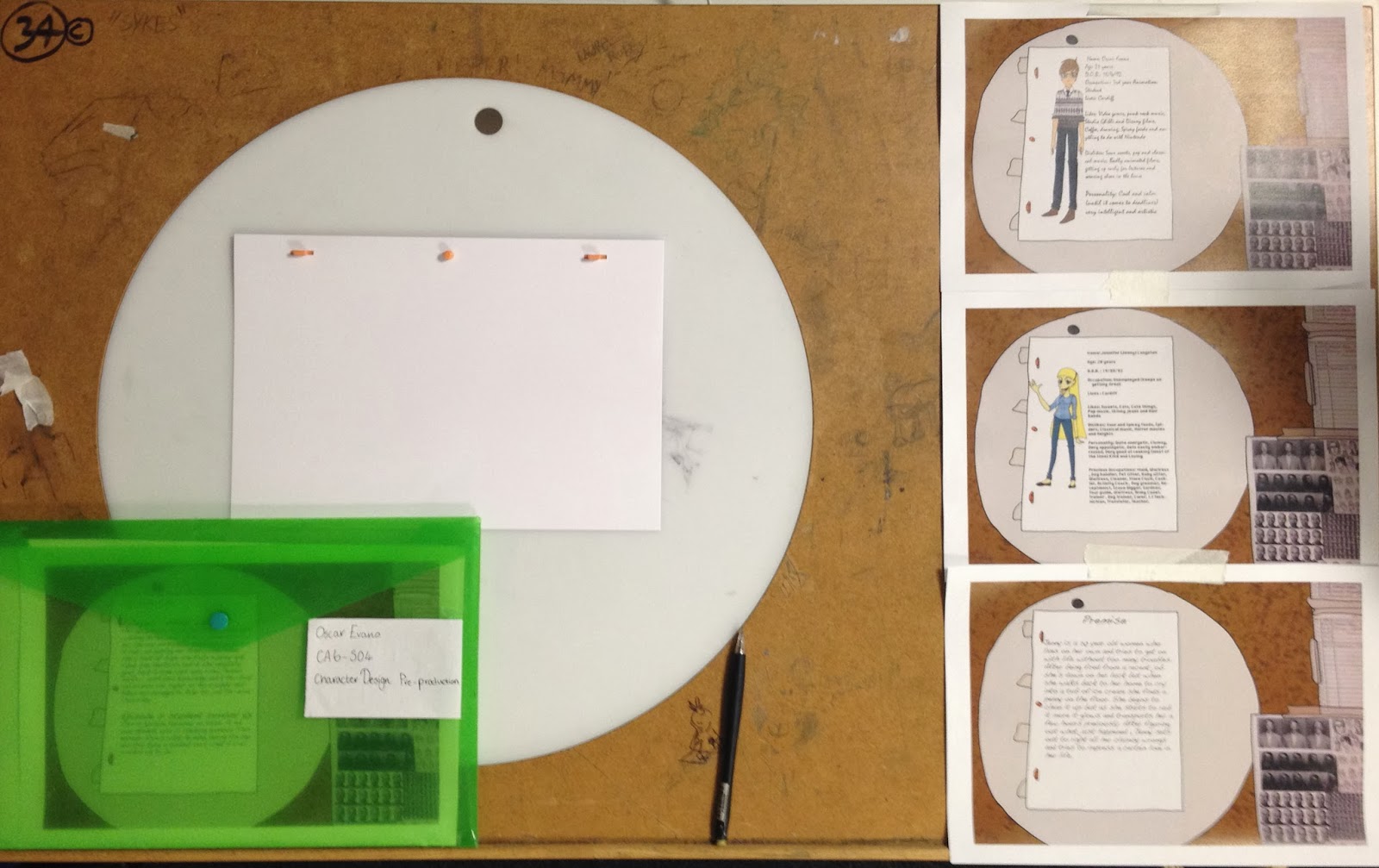