For this challenge I had to drop my characters into a photograph that I took myself but the brief was slightly confusing because one tutor was saying one thing and a tutor was saying another. This was one idea of what I wanted to do for this challenge but the shading would be quite difficult because when I took the photo it was quite and overcast day. This image I really liked because you had the light of the stall where my character is standing reflecting on her and also the red of the canopy reflecting on her as well and I found it quite enjoyable to do but I felt that just doing this was too quick and so I did what my other tutor wanted me to do and that was to create my own backgrounds from scratch.

I found it difficult to do the backgrounds and so I set them up like a story board and so the story behind these is that the blonde guy doesn't want to go to the market but the girl bribes him by saying 'I'll buy you some ice cream if you behave and not kick up a fuss'  and so as the pair go shopping the blonde guy spots the ice cream stand but the girl wont let him have any ice cream until she's finished shopping and so in the final two shot you see him sulking about the fact that he couldn't have any ice cream. 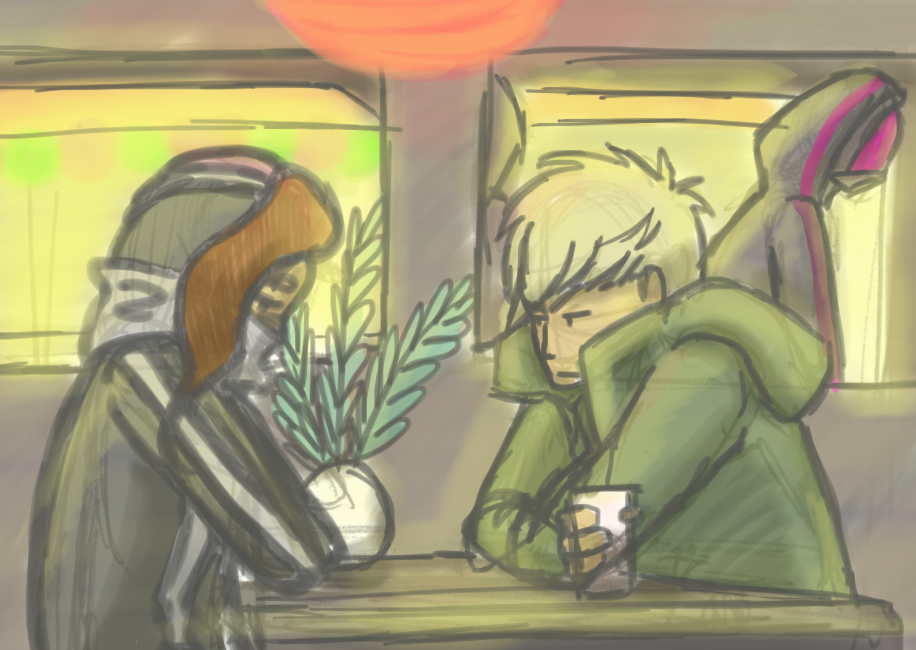 Blonde guy "Why are we here?" Girl "Because I need some supplies but if you behave you can have some Ice cream" ".......Fine" 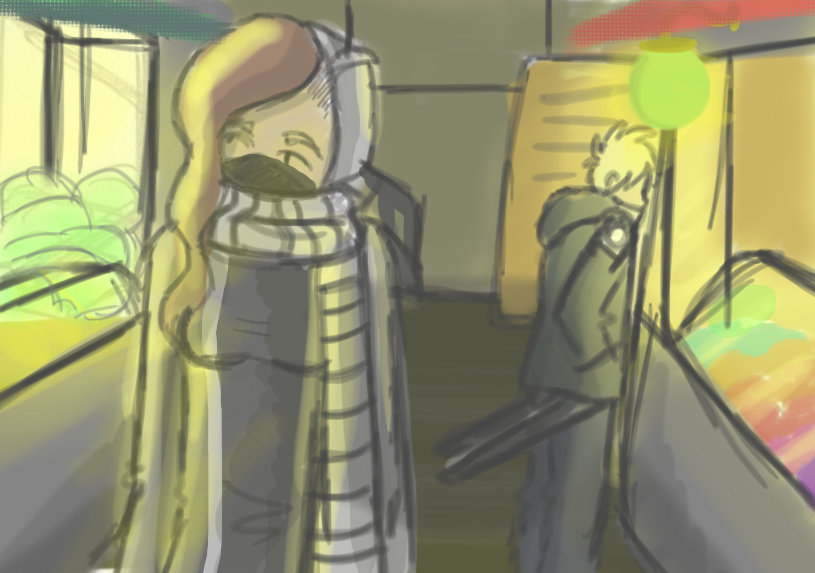 BG "Can I have some Ice cream now?" G"No I haven't finished shopping" BG"but?!"
G"Not until I'm finished" 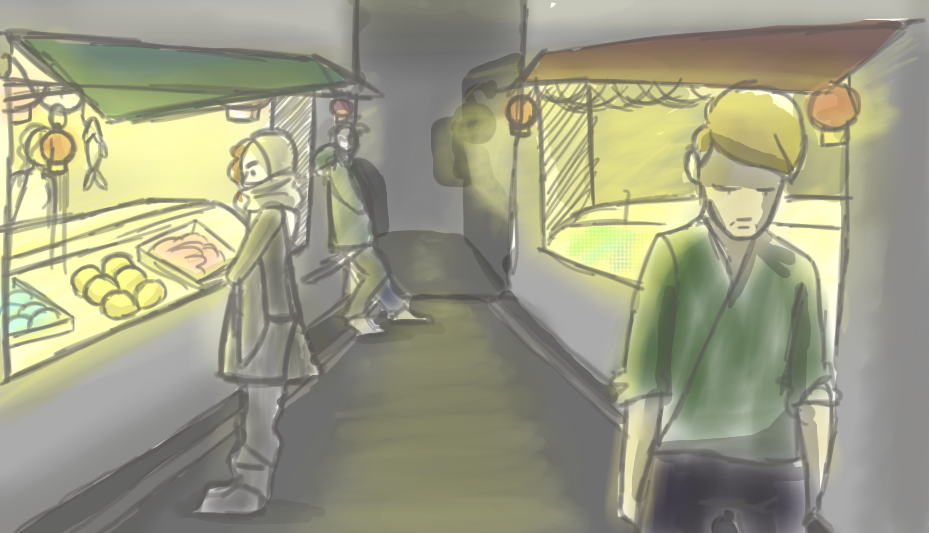