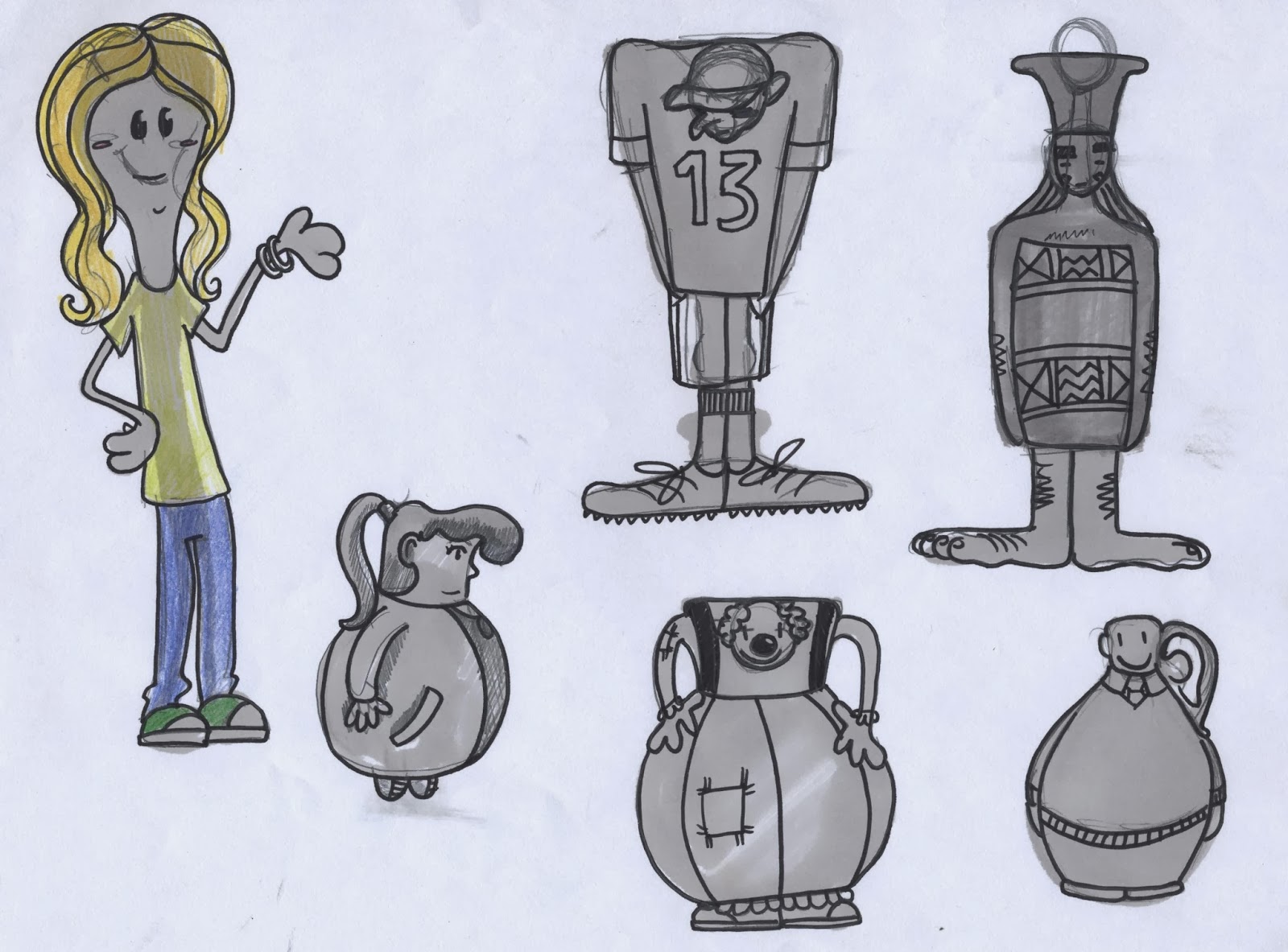 And so I chose a Flower Vase 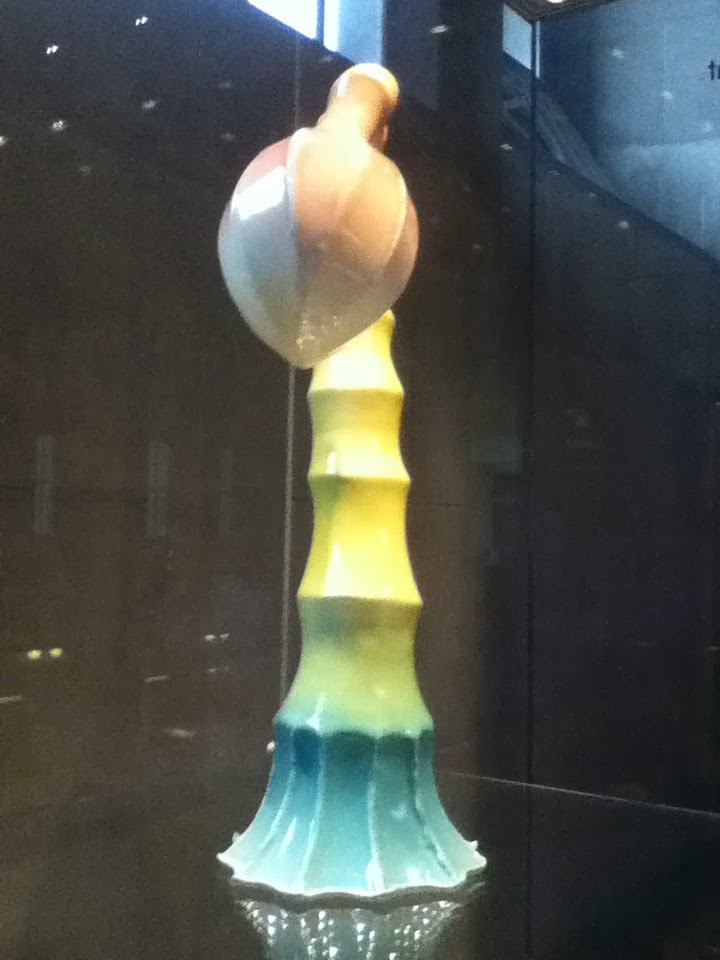 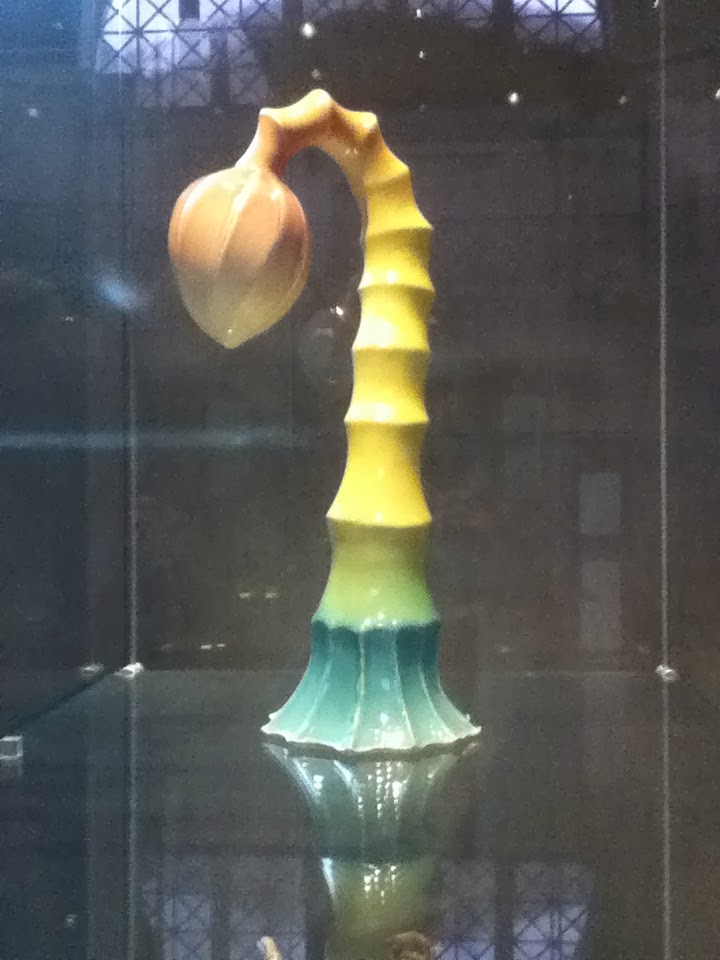 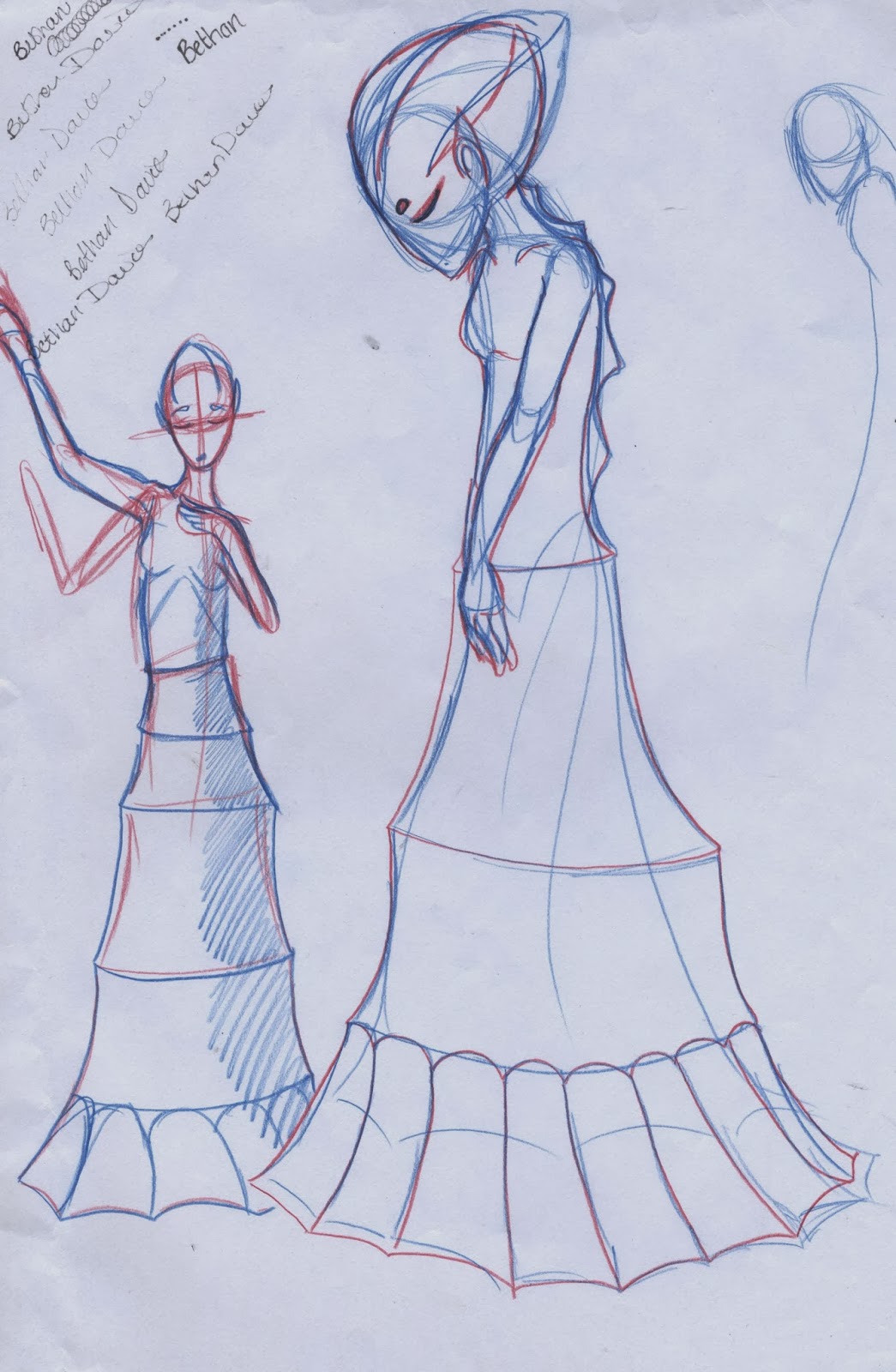 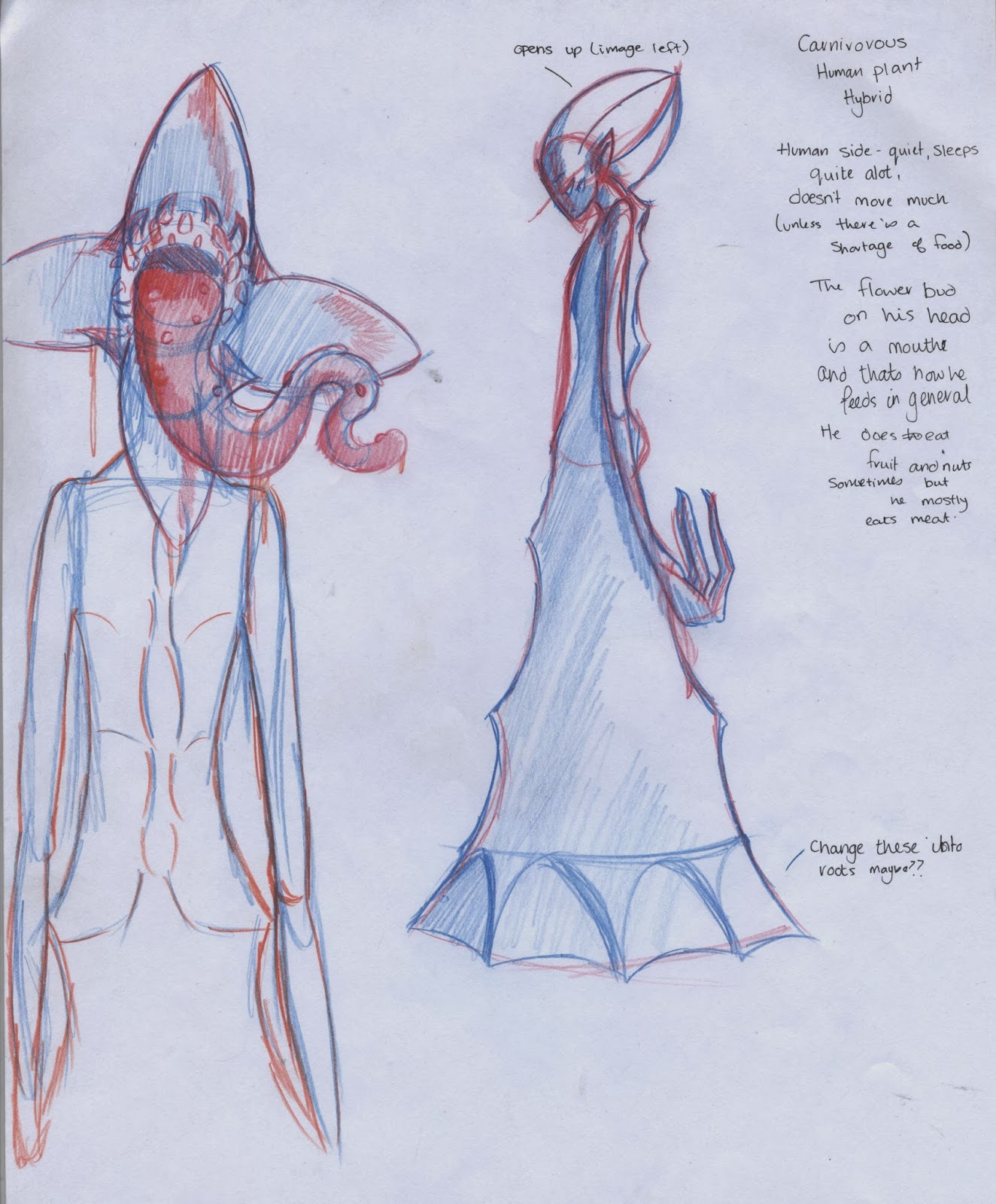 By mistake I gave my creature a flat chest and making it look like a male character but I thought I would stick with that because when you look at some male animals they are very brightly coloured to attract a mate and also plants because they want to attract pollinators and prey.
So my idea for him was that he is an alien plant that feeds via the mouth at the back of his head. 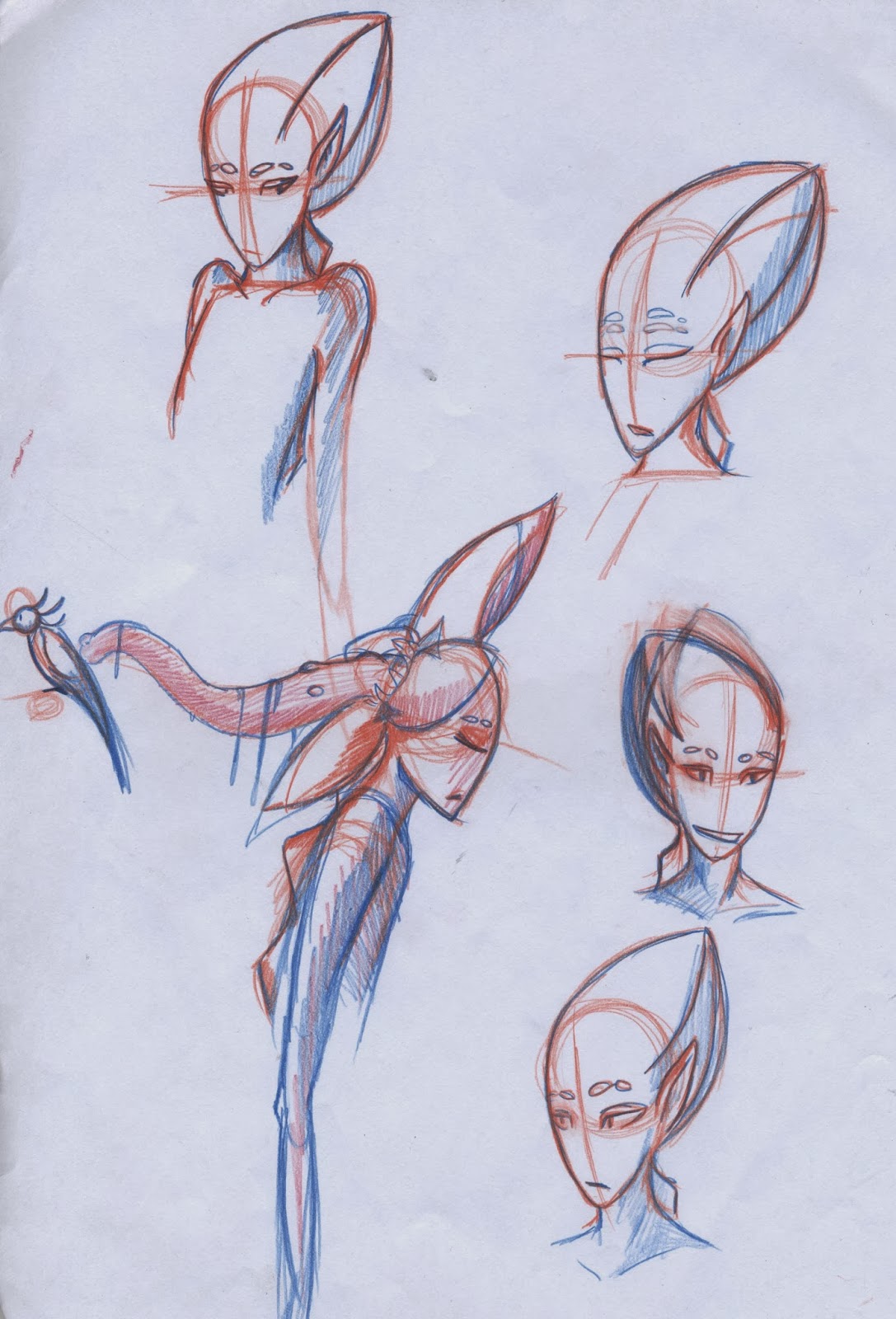 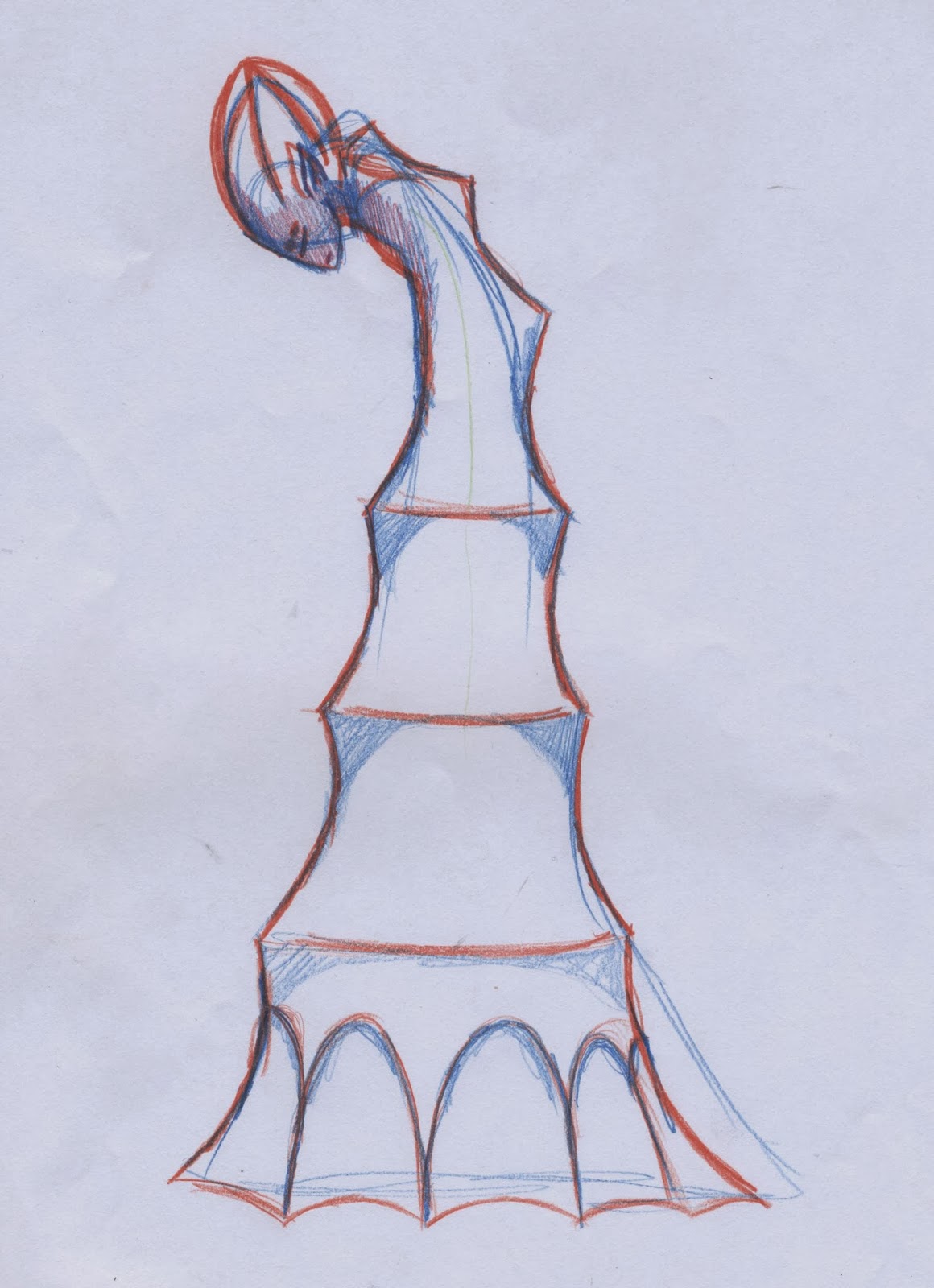 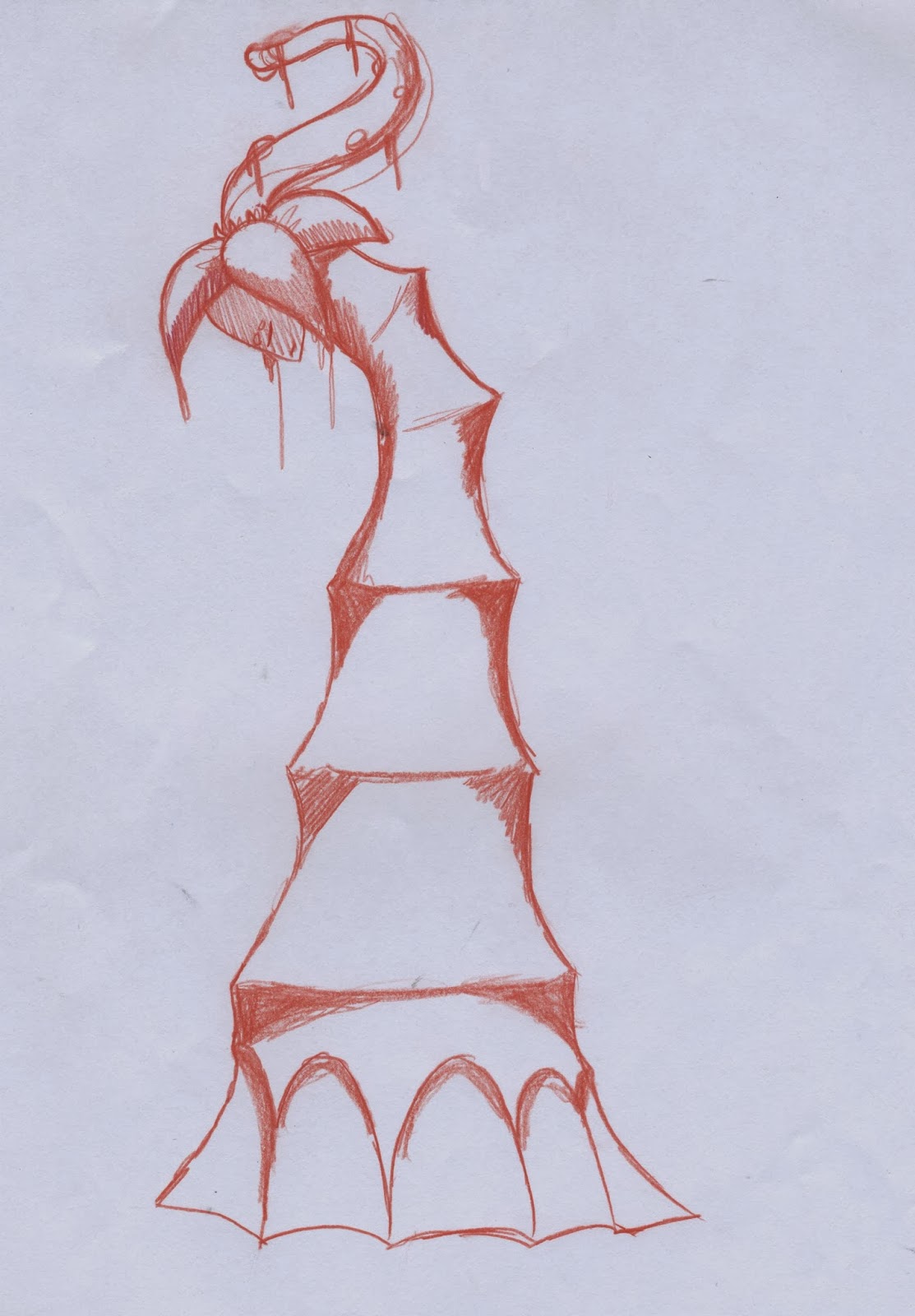 (Head mouth open)
As the design progressed people did suggest the I should bring his body lower so that it looks like he is hunting.

So after a lot of debating I decided that I was going to keep the arms but when he is hunting he tucks them up against his chest so they don't get in the way.