Sorry for the lack of activity but I am back doing my final year of university.

So for my new first project I had to create a Google Doodle using Flash.
At first I was like 'no i am not going to use flash' but a few tutorials and tests later me and Flash have been getting along just fine.

My Idea for the Google Doodle was a to have a Halloween themed doodle. 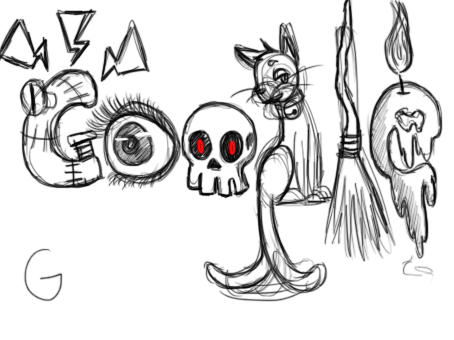 This was my idea for the google doodle.
I did a redesign of the G where it was more blocky and less sock like.

Here is the Finished Google doodle. I did have some trouble with the doodle itself where if you didn't click on the broom none of the animations would work so I had to scrap that idea
Posted by Bethan Davies at 09:35