For my final project last year we had to design two characters and create a world for them.


For the type of world I wanted, I chose a futuristic city scape where both humans and aliens co-exist.
Their culture is dominated by making and using music 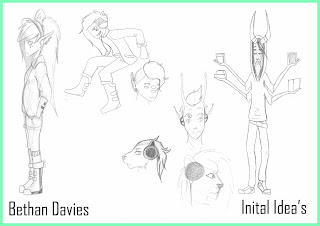 For these inital idea's I wanted the characters to have them wearing headphones because their world is dominated by making and producing music. 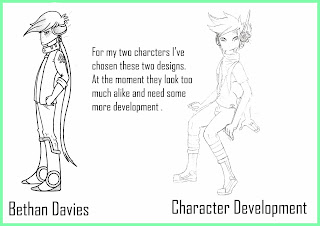 After doing the inital designs I chose these two characters.
As you can see they look very similar in their heights and body shapes so they needed more development 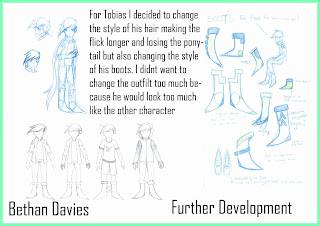 For Tobias's development I looked at what I could change. At the time I liked that he had a long pony tail but looking at it, it would make the design complicated so I removed it for the design. I also looked at the design of his boots and changed them from having circles to having regiment stripes.
I looked at his clothes but I didnt want to change them too much because they suited him too well. 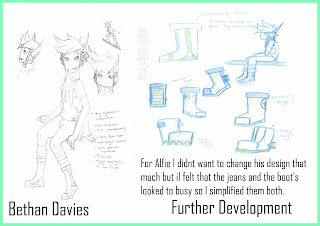 When it came to furthering Alfie's development I didnt want to change much of his design so I left his hair, clothes and body alone but I focused a little on his boots. 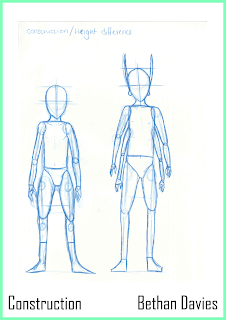 This a basic construction sheet of both Tobias (left) and Alfie (right). 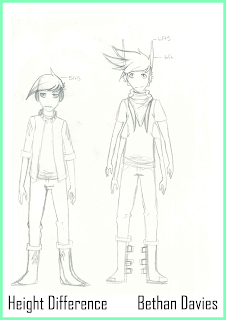 When I first designed these two they were the same height but to make them not look similar I changed their heights. So I made Tobias 5ft 5 and Alfie 6ft but with his long ears he's about 6ft . 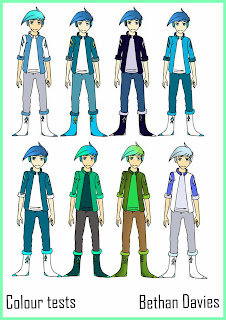 With Tobias, I didn't want to make him too bright and colourful because he has a cool and calm personality. So to represent that I used cool colours. 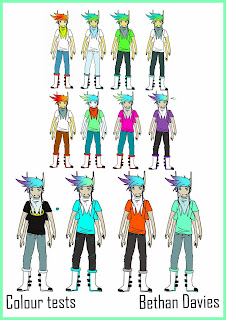 For Alfie , he has a bubbly and exciting personality so for him I used bright colours and looked at graphic t-shirts. 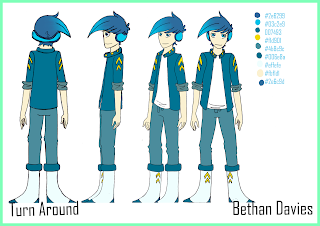 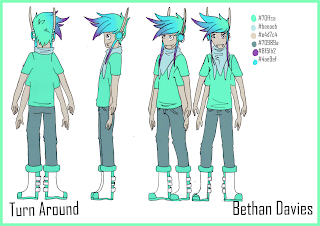 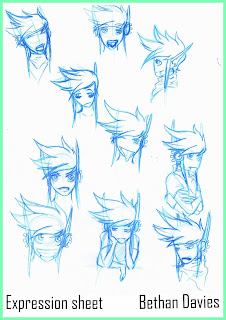 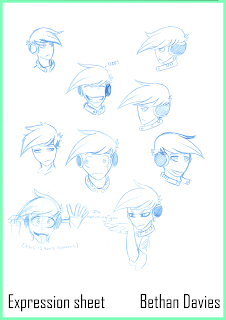 When I first did these expression sheets they didn't show both their personality's well. So I did a page where they did the same emotion and looked at what their reactions were. 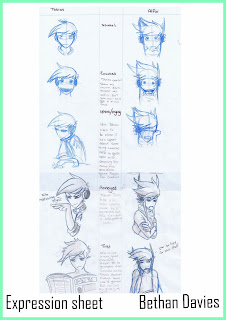 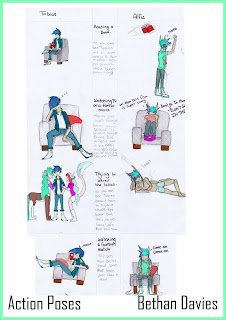 So for this page I compared both Tobias and Alfie's reactions so for example when Tobias is really upset he goes off on his own and cry's to himself but Alfie is a lot more dramatic. Its the same for the action sheets where Tobias is a lot more reserved where as Alfie is over dramatic and tries to hard to impress people. 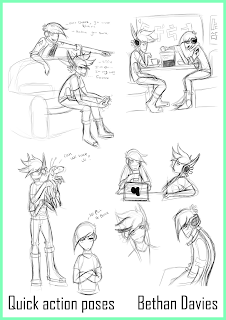 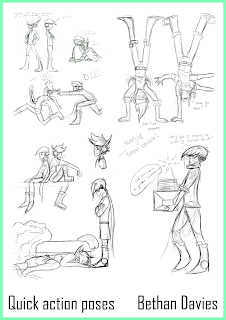 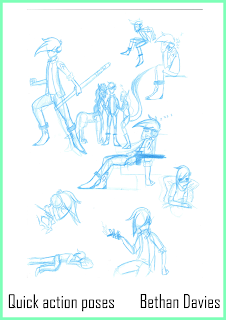 For these action poses I wanted to show what they are like together. For example Alfie and Tobias doing hand stands, eating at a diner , etc 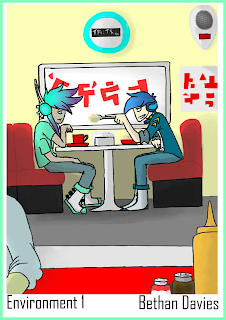 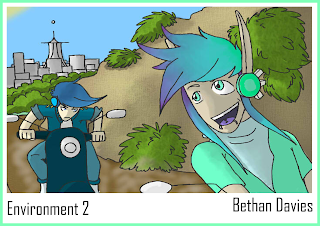 These are the two environments that I had to do. When I started designing these I wanted a little story so when their in the diner you can see Tobias pointing to Alfie sort of wagering that he could beat him at a scooter race but in the next environment you can see Alfie beating Tobias 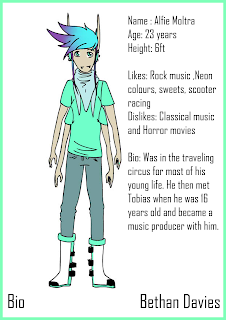 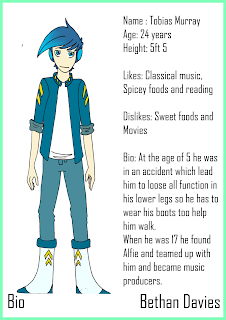 These are the bio's for both Tobias and Alfie.