This was our second project and this was the one I was most looking forward too. 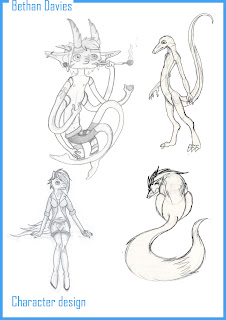 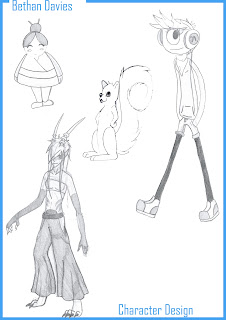 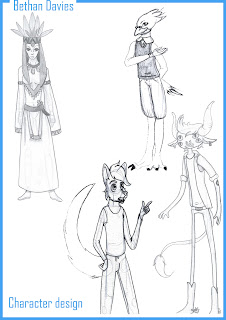 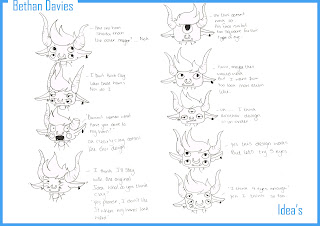 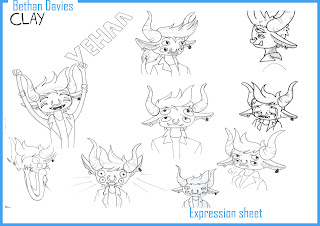 Clay is quite a loud, kind, childish and loving character and so for the expression sheets I wanted to put that personality across 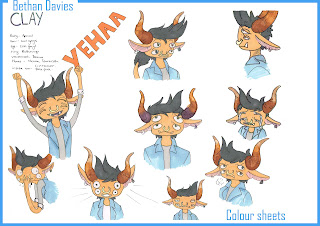 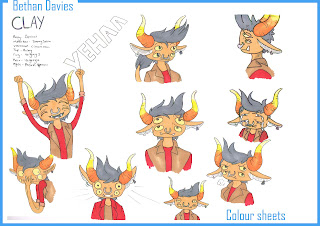 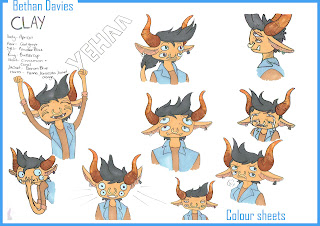 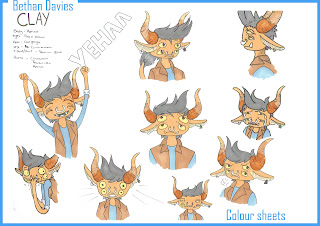 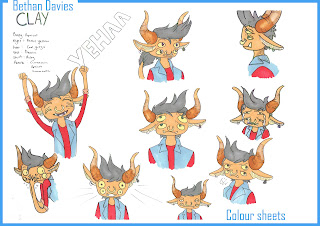 Clay likes everything to do with the wild west and so for the colour test's I wanted to go for the traditional western style clothing and so I went with a lot of browns , reds and denim blue's.
Also for his horn I didn't know whether to go for the traditional brown horn or a strange red into orange into yellow horn but in the end I went for a horn with different shades of browns in them 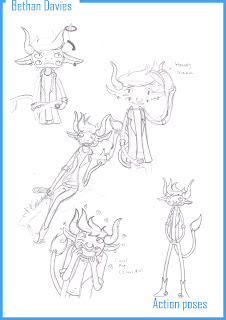 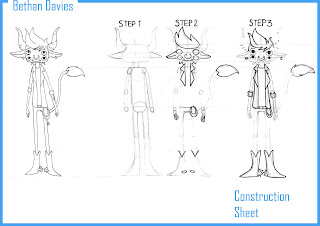 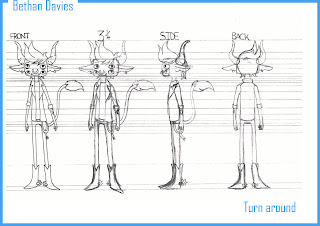 This was the first time I have done a turnaround and I made this quite complicated for myself. Looking at it, I could have shifted his weight a but more so he looked like he was standing naturally 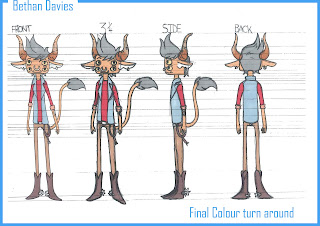 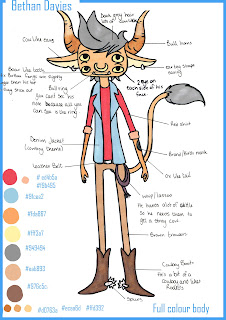 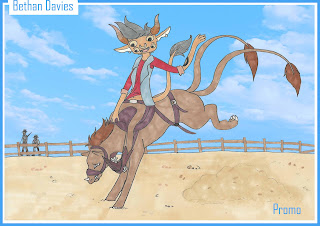 This is the first time that I have ever done a promo and so I wanted to show one of Clay's favourite past times. To be honest I could have done this a lot better but as I am not that confident with digital art I chose to do it traditionally
Posted by Bethan Davies at 05:52